Skip to content
Posted on August 31, 2015 by the uppity negro

I’ve never watched MTV’s Video Music Awards from beginning to end.  The only reason I did last night was because BET-owned Viacom made the decision to run the VMAs on BET right after the season finale of “Sunday Best,” the gospel music show based on the “American Idol” model.  As far as the entertainment world is concerned, the VMAs last night made acutely aware  of just how ignorant I am of goings-on and the various beefs that existed in the pop world.  For example, I didn’t even know Nicki Minaj and Taylor Swift had a beef.  And I didn’t even know Kim Kardashian was pregnant.  I figured she was since she looked like a female version of Cobblepot thanks to pregnancy weight however.  The pop glitz of the VMAs is nothing short of millennial chintzy chic and the host made sure to make this glaringly evident.  Host Miley Cyrus’ outfits challenged the mere essence of what is considered clothing given that a nipple slip actually did occur, and that a few of the patchwork regalia left absolutely nothing to 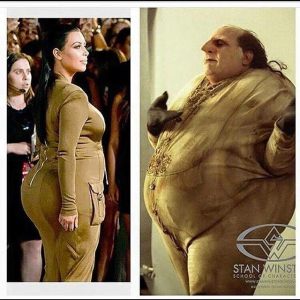 In other words, there’s not much during this particular awards show that piques my interest.

As everyone knows, in the age of social media, these awards shows are perfect fodder for the micro-blogging quips that only Twitter can produce.  As Shane Barnes of Flavorwire noted, when Kanye got up to give his cringe worthy speech, Twitter “broke” in the sense that Kanye’s oratory was blatantly un-tweetable.  Every pause he took was pregnant with the possibility of saying something unforgiveable.  The rest of the speech seemed to unravel from that moment and it had the rambling rhetoric of a newly saved person at a testimony service unsure of what to say and how to say it.  To put it another way his speech was “a smokescreen of fustian and fantasy.”

For me, the speech was not epic in content, but rather in delivery and time and place.  The sheer epicness of the moment wasn’t wrought by Kanye’s genius, no, that would be giving him too much power, but rather it was hewn from the amalgamation that is social media; he knew that society would create the moment, all they needed was a push.  Each non sequitur was yet one more catalyst to a waiting public, holding bated breath, to push Kanye yet once more and again into the center of entertainment news.  One of the glaring ironies (perhaps one of the catalysts), and there were many, was that everything that happened at the VMAs was dwarfed by a man who directly said he didn’t understand award shows.  Kanye in what I saw as a bit of magniloquent Schadenfreude seemed to feed off of the latent energy of the moment.  He owned the stage.  His name was in lights.  The same man who has more than once compared himself to Jesus, stood alone and seemingly bared his soul; as if he derived a bit of gleeful pleasure in knowing that almost 8.3 million people were at home nervous, hanging on his every word and scared for what words would fill the prolonged silent moments.

We’ve grown accustomed to the artistic creative genius of his concert sets, we’ve marveled at his lyrics, we’ve cringed at his missteps and his fashion choices.  In other words, he’s done his job of being an entertainer: someone who seeks to amuse us and divert us from our regularly scheduled program called life.  To not understand Kanye as an entertainer is to make him human when he’s done everything in his power to be superhuman.  He has relegated himself to an island of celebrity stardom evidenced by his marrying a woman famous for being famous, naming his child North (with the last name of West) and storming the stage infamously interrupting Taylor Swift.

He.
Is.
An.
Entertainer.

This all seems like a far cry from a man who stared dead into the camera and went off script as the memory of George W. Bush neglecting New Orleans in 2005 following the aftermath of Katrina was fresh in everyone’s mind and Kanye dead-panned the words on live TV “George Bush doesn’t like black people.”  In retrospect, I would disagree.  This is Kanye being an entertainer; doing something to grab the attention and place it on him.  It’s almost a God-complex, what psychologists might would diagnose as megalomania.  While that’s not my field and I don’t want to profess that someone needs psychological attention when they don’t, undoubtedly, Kanye is the reason why the word solipsistic exists.  He’s not just in love with himself, but he’s ever vigilant to make sure that the world revolves around him and that he controls what happens in his universe.

As I read the post-mortems on the VMAs, I’ve seen some interesting commentaries, most of which seek to humanize Kanye.  Many of which praise him for what’s seen as his transparency in that moment; his candidness to admit he had smoked something to “take the edge off.”  Perhaps that’s fine, but those rules of human existence such as transparency apply only to those of us who work 9-5 jobs, file our own taxes, grudgingly pay car notes every month and where vacation is something to plan and save up for.  While Kanye might remember those days, that’s not his current daily life and never will be for the rest of his life.  These A-list Hollywood celebs, by virtue of wealth, fundamentally do not live in our world nor play by our rules.  To try and foist these rules on someone like Kanye is delusional at best and absurd at worst.

What will it take for people to stop conflating confidence with arrogance when it comes to black men? We’ve spent our lives with a strike against us for intimidating society’s hierarchy simply by having darker skin; we just want to believe in ourselves and not catch flak for it.

Maybe at another point in my life I would have agreed with this, but since I joined the rank-and-file members of American society that fall into the category of tax-paying-citizens, I really just don’t think its that complex.  Raven-Symoné, in recent memory eschewed race categories despite pushback that she got, Pharrell Williams likewise identified as “new Negro” and Common, the rapper, even found himself the ire of rank-and-file blacks who rejected his notion of racial unity.  All of those moments easily suggest that being in certain celebrity circles does change the way those individuals are required to perform racial politics on a daily basis.  Part of the reason why Kanye’s self-proclaimed confidence is interpreted as arrogance is because he’s the only one doing it–not because he’s a black man.  When was the last time a major celebrity of any race, creed, religious background or sexual orientation stormed the stage and interrupted a recipient?

For anyone listening last night, it was hard to digest the most glaring contradiction of all: Kanye accepting an award from a corporation that he proceeded to eviscerate on live television.  He laid heavy criticism at MTV for hyping up ratings, yet he did a show stopper that is ratings and replay fodder; he accepted an award from a committee he felt has historically been unqualified to judge who’s the best artist.  It was all lies, it was all bullshit.

He also seemed to welcome martyrdom by saying he would die for the art: “I will die for the art! For what I believe in. And the art ain’t always gonna be polite!”  The unfortunate reality is that Kanye already died for the art, he just doesn’t know it.  He sacrificed his genius the moment he decided entertainment would be the motivator rather than his creativity.  If Kanye wanted to die for the art, he wouldn’t have accepted the award.  If Kanye wanted artistic martyrdom, he’d create his own award show since MTV, according to him, hasn’t gotten it right.  Kanye joined a long list of artistic converts who offered themselves up to the American fashioned gods of capitalism and consumerism in exchange for money, cars, the clothes–the hoes.  A devotion so strong that one of the psalmists from the tribe of Young Money penned a hymn simply entitled “Successful.”

Kanye’s music changed after his mother died, and frankly he hasn’t been the same since.  My tears for Kanye begin and end with his mother’s death.  That’s a real human experience that success has yet to find a workaround.  Death is that ultimate statistic: 10 out of 10 people die, and Kanye like everyone else has experienced that loss.  Beyond that, Kanye has done nothing more than pay lip service that he expects and wants more from his entertaining existence.  Kanye’s genius, I daresay, is not his artistic creativity, but his ability to make the public think that it is.

2 thoughts on “Kanye, The Entertainer-in-Chief”