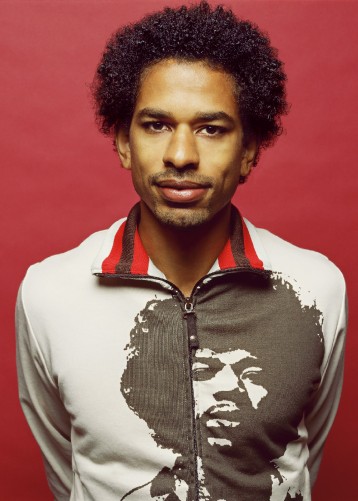 This morning I log onto Facebook and I see a link to an article entitled “It’s Time for a New Black National Anthem” entitled by black cultural critic and favorite provocateur  Touré.  He’s making the claim from his opening paragraph that there might be a need for a new Black National Anthem given that the one we pull out during February and HBCU commencements is nearing its 112th year of use.  Usually I’m up for discussion when it comes to things of antiquity as to whether or not we’re beating a dead horse and whether or not the joys of postmodernity have offered us a newer and better alternative.

Touré has the gift of challenging subtle thoughts while provoking angst.  The true artist.  Recently  Touré has been the whipping post for the black blogosphere with some of his random musings on black culture as it intersects the triumvirate of cultural taboos: politics, race and religion.  Toure represents, to me, the better part of what it means to think critically and be situated squarely within a post-modern Civil Rights Black America.  As with most essayists young and old, the sarcastic wit and humor go a long way to illustrate a point–this is a field where hyperbole is your friend not your enemy.  So when I read Toure commentary on “Lift Ev’ry Voice and Sing” I had to remember to not respond with a blatant knee-jerk reaction, but dig just a bit deeper.

What I revealed was a reflection of a culture through the lens of being a member of Generation X.  By in large that generation of Americans were taught to question the ideals and mores of yesteryear–nothing, for the most part, is off limits.   Touré was making the claim in this article that we should substitute “Lift Ev’ry Voice and Sing” for Marvin Gaye’s “Trouble Man.”  One of the benefits being that the latter is actually a song you can dance to at a party versus the former.  My knee-jerk reaction that Toure doesn’t know the difference between a soul ballad and an anthem or that even the title “Trouble Man” poses some problems that would undoubtedly draw the ire of those reading through a feminist or womanist lens.  Not to mention that the lyrics don’t evoke the antiquity that the tried and true anthem does.

While I agree that “Trouble Man” certainly does illuminate the “multiplicity of multiplicities” that is the black experience, the difference between the anthem and the soul song is the difference between one nation and one man respectively.  The anthem is a song about a collective and united body lifting every voice to sing and and shout with a oneness, a second stanza that acknowledges the hardships of the past and a third stanza that invokes a prayer and a rallying cry rooted in the present but looking toward the future.  Don’t get me wrong, “Trouble Man” conjures up emotions and imagery that aren’t present in “Lift Ev’ry Voice and Sing” of which Toure notes when he says

“Trouble Man” is a unique song in that it draws from many sonic aspects of Blackness. It’s a blues song in spirit, but the blues isn’t about sadness, it’s about survival in spite of adversity and that sense is at the heart of this song….The song also captures the sense that our history remains a work in progress. We’re not “there,” we’re not at Dr. King’s mountaintop, but we’ve made gains, yet those gains are often washed away with the tides as if we’re always taking two steps forward and one back. The growth of the Black middle class in the ’80s has been stripped away by a recession that hit Blacks harder than anyone. The cool brilliance of Barack Obama is followed on the national stage by the small-minded buffoonery of Herman Cain. This sense of gains and losses that has marked our history is captured by the deep line, “I had to win, then start all over, and win again.”

Touré’s lens for understanding this is dead on for his generation, my generation included, but I think he somewhat misses the point.  The anthem attempts to speak for a united people while the soulful song voices one man’s lament about being a black man in certainly what then, these yet-to-be United States.  A poem set to music written at the turn of the previous century before DuBois commented on the “souls of black folk,” and before Martin had a “dream” didn’t carry the same baggage that a troubled man would have.

Favoring the individual over that of the national is a hallmark of post-modern thinking.   Touré, undoubtedly would err on the side of postmodernity before he would take an apologetic stance on the tenets of modernity.  Whenever you publish a book Who’s  Afraid of Postblackness?  What it Means to be Black Now? you are certainly stepping all in the area of postmodern ideals.  While most black people probably don’t give “Lift Ev’ry Voice and Sing” a second thought, to understand it as the Negro National Anthem invokes such a clear defiance of the established and dominant culture it still sends chills down my back.  The Negro National Anthem should do for blacks what “Dixeland” did (and still does) for those who refer to the Civil War as the War of Northern Aggression.

The words for me even through my, at times, unwavering allegiance to postmodern ideals, pushes the envelope and still speaks toward some of the collective emotions of those located in black America irrespective of class.  Perhaps  Touré had issues with the assured Christian tone of the anthem as it does mention God a few times and “Trouble Man” certainly does move away from that.  But still, I could see black women having a problem with “Trouble Man” as it does not give voice to black women relegating them to romantic and perhaps even sexual objects such as “baby” and “sugar.”

The black experience, or should I say, the Black Experience, is more than just here in America.  It’s bigger than hip hop, it’s bigger than the Civil Rights movement, it’s bigger than Obama, bigger than slavery and the Middle Passage and it’s bigger than Mother Africa herself.  To encapsulate the Black Experience in a song  through the eyes of a singular troubled black man somewhat falls short of the greater glory that is blackness.  The “multiplicity of multiplicities” that make up our is-ness and our being should not be confined to one song.  Seeing as how we have the parameters of human language, when we attempt to embody the human spirit in an art form such as a song, I am quite sure that we can do better than “Trouble Man.”

Be that as it may, I think Toure’s article this morning did what I’m sure he set out to do: it made the reader think.  To that end, job well done sir.

6 thoughts on “Should We Change the Black National Anthem? My Response to Toure”