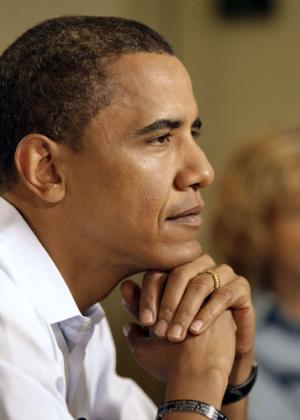 Maybe I’ve been wrong about this whole President Barack Obama and his apparently passive aggressive response to the conservative rhetoric.  We’ve been long discussing how Obama seems to be unaware of his critics, and in fact how the administration seems to actually concede to criticism (consider how the White House issued a quick change of “curriculum” issued to school teachers last week before his speech to school children).  We’ve most certainly made comments about how he’s been calm in the face of Teabaggers and has yet to “clap back” as we say, on the issue of healthcare in a way that uses a Bush method of silencing critics.

But maybe I’ve been wrong about Obama’s approach.

It wasn’t until his speech last week to the joint session of Congress when South Carolina Rep. Joe Wilson yelled out his infamous “You lie” heckle to the president that I racialized even remotely the level of nasty criticism that this president garnered from the likes of news commentators such as Glenn Beck, Sean Hannity and the mostly unfair Bill O’Reilly, or even the old codger, Lou Dobbs.  It wasn’t that Wilson accused Obama of lying, I couldn’t care less, it was really the fact that he felt so moved, and free to do so on the floor of Congress, no less during a joint-session, and while the president was actually speaking.  My Facebook status the next day when I heard about joked that if someone had done that while Bush was speaking, Dick Cheney sitting on the right side of Bush would have pulled out his 12-gauge, shot the person, said to them “Fuck you” and then still made them apologize.

Granted Biden is no Cheney (and thankfully so), Obama flashes anger in one second, and politely says, “Not true” and continues on with his speech.

So in the midst of me inferring race into this situation (for back reference please refer to this article from earlier), I saw that in an NBC interview with Brian Williams, former President Jimmy Carter was enjoying his private citizen status because he was quoted as clearly saying that “I think an overwhelming portion of the intensely demonstrated animosity toward President Barack Obama is based on the fact that he is a black man, that he’s African American.”  Carter goes on to say:

I think an overwhelming portion of the intensely demonstrated animosity toward President Barack Obama is based on the fact that he is a black man, that he’s African American.”

And after I read that second quote, I immediately thought of the comedian Richard Pryor and a skit I saw over at Negro Intellectual that Pryor did as the first black President and how Pryor’s personality would have handled an inappropriate comment from a reporter during a White House press conference.  Pryor clearly walked down from the podium and proceeded to kick the guy’s ass.

Obama, of course did not do that.  Those two opposite reactions to similar situations made me wonder if Obama actually is aware of what he’s doing, but he can’t act in the way he wants to because he is aware of what some whites may think.

Even I grew up hearing about making sure to be on good behavior in front of white people.  It wasn’t explicit, but it was clear that certain behavior was expected in front of a racially mixed setting versus an all black setting.  My mother still tells of a story when she decided to try full time work again when I was eight at a small non-profit outfit in Chicago and how she saw how the other women looked at her and me and my behavior up against that of the other kids that had been brought into work by their mothers; certain behaviors were allowed by them, but not by me.

Well why is that Uppity?  Kids are kids right?

We all stereotype racially ethnic children.  Certain stereotypes are that are really, really negative ones.  The stereotype, at least where I’m from is that Latino mothers (usually always lumped as “Mexicans” because of course they all look the same) are rather passive and let their kids run about unchecked in public venues such as grocery stores, even if the kid is rolling around on the floor.  The stereotype about black mothers is that they’re always yelling at their kids and making a big scene unnecessarily out in public.  The stereotype about white mothers is that they let their kids randomly roam about, but that tacitly, their kid can do no wrong, even if the kid plays all in the finger food and coughs over food and what not.  The point is that since dominant rhetoric is more or less controlled by those of the Caucasian persuasion (just turn on any major cable news channel and tell me what ethnic background the reporter or commentator is), then what results is whatever biases and stereotypes about blacks subconsciously are displayed as truth and fact.

Okay, maybe not the best example, but that’s all I can think of when I’m writing this.

I said all that to say that based on Carter’s comments, if Obama even remotely reacted “black” then all hell would really break loose.  Of course we all have what are considered tell-tale actions of what it means to “act black.”  If that wasn’t the case we wouldn’t have heard about the random white private liberal arts colleges having their “Ghetto night” parties when everyone showed up in oversized clothes, 40 oz. bottles of malt liquor, fitted baseball caps, fake chains, fake teeth and even some wearing black face. 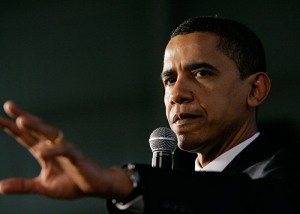 This means that, based on Carter’s statement, if Obama reacts in any way that could be seen as offending the sensibilities of some white Americans, then it’s further proof that he’s not qualified to be the President of the United States.  I’m pretty sure with this sect of the populace Obama’s damned if he does or damned if he doesn’t–they’d probably say that since he’s left handed his handwriting is that of a Communist or Socialist (btw, are these fools aware that those are two different movements with two different socio-politcal and socio-economic goals?).

So, perhaps I’ve been wrong.  Perhaps Obama is quite calculated about his approach.  If that’s the case, then it’s a sad state of affairs that for the sake of the ontological ramifications of his skin color that he has to act the way he does.  Obama has give off the perception of being safe–which is equated with white–versus being unsafe or irrational–which would have been the Richard Pryor response to this whole recent hoopla.

Let the record show, most people, especially people who think like Glenn Beck aren’t going to outright admit their various biases and prejudices, mostly, they are the shared tacit assumptions or submerged beliefs of a group.  They are never spoken about, and get passed on to one another without explicitly being said.  These submerged beliefs manifest themselves as espoused beliefs that often times contradict actions and perhaps some other type of rhetoric.  The espoused beliefs are the politically correct responses and answers that sometimes attempt to cover up the shared tacit assumptions.

In this case, the shared tacit assumption within some white communities is exactly what Carter said: they have a direct problem with Obama being black and being the president.  Some will say it, I’ll level that most won’t but that that prevailing submerged belief manifests itself in various other thoughts and actions and most certainly in deeds. 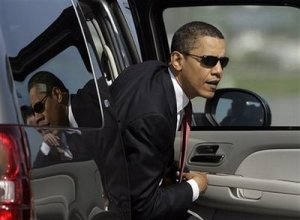 Obama is presenting the “new black” toward the white community.  He’s being calm, cool and collected in the face of tough times.  Perhaps he’s doing so because he understands what many older blacks already know: he’s representing the whole race.  Sadly, most blacks in mixed settings are aware of that.  Every comment we make in a classroom represents every other black person in America.  Every report we file to an office manager represents how every other black person in America values their job in the workplace.  Every paper you turn in to a white professor represents how every other black person writes and thinks–and please don’t let their be some fried chicken stains on the bottom page that have seeped through subsequent pages–or a drop of some red liquid on the front page–namely red Kool-Aid.

Perhaps Obama understands that he represents us.

Perhaps Obama is trying his damnedest, as in the phrase of Peerless Delacroix of fictional TV network CNS in Spike Lee’s “Bamboozled,” to “keep ’em laughing.”

After I watch either Spike Lee’s “School Daze” or “Bamboozled” I kinda shift out of Uppity Negro mode and go into somewhat Militant Negro mode because Manray of course says “Cousins, go to your windows and  yell out.  I’m not gonna take it anymore” which echoes Dap’s character in School Daze echoing the refrain of “Wake Up” at the end of the movie.  Am I the only one where a movie so effects your psyche you get like this?  Also, do see race playing a role in how the Obama administration is being currently treated?  Are these conservative push backs a result of race or simply a result of ideological differences?  If the latter, what makes Obama’s progressive ideology so different from another Democrat such as Clinton or Carter notwithstanding notable differences in technology (i.e. 24 hr news cycle, twitter and facebook)?

8 thoughts on “Obama: The New Black”