Given my current line of work, I interact often with youth.  Last week was definitely the case seeing as how I worked in the morning with a bunch of nine and ten year olds and in the evening I worked heavily with a middle school/junior high school bunch of school aged children.

Thank God I didn’t work with the seven and under group.

But, it’s the summer time and these kids haven’t been out a full month from public school and most of them haven’t fully gotten into the summer mode of doing whatever it is that they are doing—or not doing.  So, many of them have a lot of energy—especially the younger ones.  What I noticed a lot of this past week was the “seasoned saints” saying “saddown and shuddup” a lot.  Don’t get me wrong, there are appropriate times for a six year old to sit quietly in a chair and not talk, but then there are times for a six year old to run around and, well, be a kid.

Prior to the evening session, all of the children meet in the gymnasium where tables and chairs were set up for dinner.  To a normal six year old gym equals play time.  I mean, there’s a full court and a volleyball that’s been put up since the day I arrived here—and we have the 60 and over crowd hollering about “kids these days” and how they “need to just saddown.”  In fact, one of the older women who had been a part of the morning session informed me and some of the other adults that she was going to come back to the evening session just to make sure that when the kids arrived they sat down in their chairs and were quiet until dinner started.

Another case in a point was that earlier last week we took the nine and ten year olds on a field trip to Florida Community College of Jacksonville, North Campus, and the adults were somewhat chastising the kids for the plethora of questions that they asked.   These were normally inquisitive kids who knew nothing about which they were learning about.  Actually, I thought the questions I heard from the nine and ten year olds were more germane to the subject than having to deal with 12, 13 and 14 year old girls I had to give a talk to this morning.

I’m all for discipline, but I’m not in favor of spirit killing.  To drive my point home, some of the older people had given the program director heavy flak all last week because of the fact that I wear earrings.  Really?!?!?! OMG!!  Do they really have anything else better to do?  The director informed me that simply wearing the earrings could possibly affect them seeing me in a leadership position.  Honestly, that’s really their shortcoming and not mine.  But, the fact that some of them feel so strongly about it that they would smile in my face and talk about me behind my back and tell the director…

I think that our elders primarily, forget that they were once young people.  I think they really do forget about how they bucked the system back in their day with their hairstyles, with the raising of their skirts’ hem lines and the lowering of the females neck cuts.  I heard one preacher say that some of the same women who make a big deal about the length of young girls’ dresses and skirts or lack of stockings would still be wearing short skirts and no stockings if it wasn’t for cellulite and varicose veins on their own body.

Well, there must be a standard the elders intone.  A standard?  Standards, in the traditional sense amount to a bunch of rigmarole in my opinion.  Well Uppity, you’re just spouting the typical liberal bullcrap.  Am I really?  I fail to see how we live in a country and a society that touts itself not just on diversity, but also on the ability to be a free-thinking society.  We decry those who we deem to be narrow-minded and fail to think critical, but when someone expresses a diversity of opinions and shows the evidence of critical logic to arrive at a conclusion we say they have no standards and that they believe in “anything goes.”

I’m here to serve notice that I simply believe in pragmatic and critical thinking that will move humanity forward in a positive way that promotes human and civil liberties, global growth and development toward peace and that which provides a global atmosphere whereas humanity’s basic human needs are met consistently without interruption.  Granted that’s a large pill to swallow all at once, but our human inability to place so much trust and faith in man-made creations—ahem, religion anyone—has blinded many of us to open and serious dialogue.  We fail to rethink old ideas.  In fact many of us are operating off of the old juice of people that have been dead and gone and never once expected that their work would be used in quite the manner that we have perverted it. 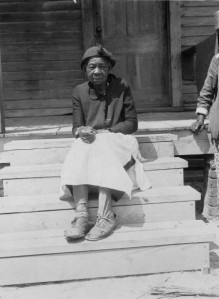 “Train up a child in the way he should go, and when he is older, he will not depart from it.”  That quote from the Proverbs 22:6, found in the Kethuvi’im of the Hebrew Bible patterned after the Egyptian Instruction of Amenemope is cause for a world of trouble in the African American community.  How many people do we all know that raise children, go to church every Sunday, they sit in Sunday School and still wind up pregnant at 16.  We recite these mantras subconsciously and we fail to question their relevance in 2009.

I think one of the largest failures within the African American community is our inability to be relevant to society.

While I’m in favor of retribution between the races, many of us remain so myopic that we don’t even mention the word reconciliation.  Our ultimate goal should be reconciliation, but rather we get caught up on retribution.  I’ve never really been a fan of saying that our elders are getting caught up in the past, but I’m starting to think that’s the case.  I made a comment to older woman concerning the lack of respect I felt that some of the younger girls showed me compared to the all white setting I found myself in last summer.  Their immediate response was “Of course.  The girls last summer were conditioned to believe that you were going to be some big mean brute and they were afraid of you” or something to that extent even if it wasn’t  a direct quote.  I looked at her and told her “Well you weren’t there and I don’t think it’s fair to say such a thing” and that person very visibly stormed off and dismissed my experience.  Well, apparently both me and her had different experiences in our various all-white settings, neither of which were mutual experiences.  However, I think it’s unfair to paint all whites with a wide brush much the same way I think it’s unfair when others paint blacks with a  wide brush and view us as monolithic.

Sadly, the elders love to stereotype.

The elders, of all races, tend to stereotype based on appearances.  I think it’s sad that we still live in a society where when appearance is not one of the objectives, that we still will make inappropriate judgments.  Now for instance, if I’m applying for a job at Abercrombie and Fitch, and I don’t fit the already prescribed “look” and I walk in with Rocawear and a Coogi shirt on, I hardly think one should make the claim that “Oh they’re prejudging me on how I’m dressed and they just aint wanna hire me cuz I’m different!”  It goes back to the old adage “Don’t judge a book by its cover.”  I preached just on this past Sunday, and still a few people remarked to me “Whoda known you had all that in you?”  A compliment nonetheless, but an underhanded compliment.

One of the worse stereotypes that our elders project onto the youth is one that relegates them to “other” status.  I think that the youth of today wouldn’t mind, metaphorically, sitting down and listening to the elders.  As much as I’ve never wanted to admit, and have never been one to be a part of this school of thought, but it really seems that the elders don’t want to listen to our youth.  They gather a bunch of facts and arrive at a conclusion and fail to listen to the realities from which the facts are derived.   For instance, they’ll watch the news and hear about gang violence in a certain neighborhood, and then just like many other racially prejudiced individuals, they’ll associate the appearance with the pathology of the actions.  So for many a big car with rims, large clothing, mini locs or cornrows, tattoos and golds in their teeth simply equal a bad individual who shouldn’t be a part of this society; and when something happens to them and they end up in jail they simply say “They got what they deserve.”  Or to drive the point home more, when we hear about HIV/AIDS rates in the metropolitan cities and how some cities have higher infection rates (not numbers) than that of some pockets of sub-Saharan Africa, they’re response is simply “Well they shouldn’t be out screwing” or even worse “It’s all them damn homosexshuls infectin’ everyone!”

The critical thinking that allowed for our elders to survive legalized slavery, the Jim Crow south and even those that have survived institutional slavery in the form of anti-affirmative action prerogatives, is the same type of critical thinking that they are condemning from many of our youth.  Am I excusing the lazy and wholly unmotivated youth who seem to have no clear goals in life and are on a path headed to their own self-destruction and who seem intent on taking as many down that path with them as possible?  Let me clear with a resounding NO, I am not excusing them.  But this is where the elders have an opportunity to be uppity Negroes and not elitist Negroes.  As I’ve said many times before, uppity Negroes uplift and build up, while elitist Negroes sneer over their noses looking down on others and at times seek to tear down the accomplishments of others at the expense of maintaining the “us vs. them” dichotomy.

Hopefully our future is brighter than our present.  Although listening to one of our sage professors at ITC, I’ve learned that simply because the future isn’t guaranteed, one must learn to operate and effect change in the present.  Yes, we should be future minded seeing as how our actions in the present will effect the future, but one shouldn’t wait until tomorrow what can be done today.  We are human beings, meaning we be today: we never live in the will be but always in the now.  When we question timing as to whether this is the most appropriate time for change one should always pose the question If not now, then when?

Do you think that one should pick sides with either the elders or that of the youth?  Should we go back to the standards of the previous generation or should we just wait for the old folks to die out and move on from there?  Is a common ground even realistically possible in the Black community given our unique history? Leave your thoughts comments and rebuttals.

3 thoughts on “Beware The Spirit Killers: Bridging the Gap Between The Elders and the Joshua Generation”