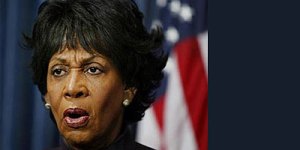 I haven’t time right now to write a whole post about it and since I got an email about this Essence article from a fellow reader, I’ve decided to post the Essence magazine article entitled “Is Sorry Enough? Black Lawmakers Respond to Senate’s Apology for Slavery” written by Cynthia Gordy and let you all discuss it amongst yourselves.  I’m sure you all already know how I feel about this underhanded apology and especially about reparations.  So here ya go:

With a unanimous vote last week, the United States Senate passed a resolution formally apologizing for the enslavement and segregations of African-Americans. The strongly-worded resolution, which comes 144 years after the Civil War and 45 years after the Civil Rights Act, describes “the fundamental injustice, cruelty, brutality and inhumanity of slavery and Jim Crow laws,” and states that Congress “apologizes to African-Americans on behalf of the people of the United States, for the wrongs committed against them and their ancestors.” It now moves to the House.

Speaking from the Senate floor about the apology, Senator Tom Harkin of Iowa, who first introduced the resolution, remarked that former presidents have acknowledged slavery. While traveling in Uganda, President Bill Clinton expressed regret for America’s role in the slave trade, and President George W. Bush called it “one of the great crimes of history” when he visited Goree Island off the coast of Senegal. “Yet, this Congress has never offered a formal apology for slavery and Jim Crow, and it’s long past due,” Harkin said. “A national apology by the representative body of the people is a necessary collective response to a past collective injustice.”

The resolution ends, though, with a disclaimer saying that it does not support or authorize any claim against the United States. In other words: We’re sorry. But that doesn’t mean you’re going to get anything for it. It’s a stipulation that has concerned some African-American lawmakers in the House of Representatives.

“I think that was unnecessary as part of the Senate resolution,” says Congressman William Lacy Clay, who says he otherwise welcomes the gesture. “But I understand the politics of it. The way they were able to get it voted through the Senate was to have that disclaimer so that anyone, with guilt on their conscience, could not object.”

Congresswoman Maxine Waters holds a similar outlook. “There is some discomfort with the disclaimer provision in the Senate resolution,” she says, but adds that she’s confident that it does not rule out pending reparations efforts, such as Congressman John Conyers’s proposal for a commission to study reparation proposals for African-Americans. “In short, this is an apology bill and not a reparations bill.”

There is, however, a historic precedent to reparations paid by the U.S. government. The 1988 Congressional apology to Japanese-Americans for internment during World War II, for example, was followed by about $1.6 billion in reparations that were given to victims of internment and their heirs. The government has also paid reparations to some of descendants of Native Americans. So, is an apology to African-Americans without accountability enough?

“An apology is a good start, but the research into reparations needs to go forward,” said Congressman Clay, who also supports the creation of a Congressional research commission on reparations for African-Americans. “Apparently it’s an issue that most in Congress do not want to deal with, and that most in this country do not want to deal with. But part of healing this country, and closing the divisions to become truly one America, depends on taking an honest look at our sometimes painful history.”