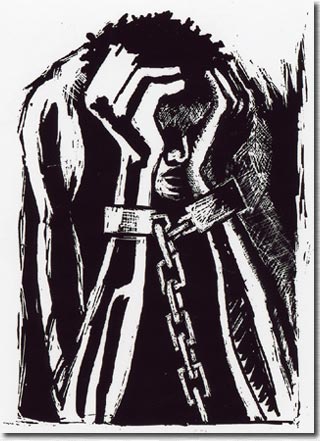 Governor Rick “Good Hair” Perry of Texas made the news.  It was all over the networks.  Big whoop.  We all knew that it was a publicity stunt as one of the commenters noted as well.  Another commenter forwarded this story to me, one that kind of slipped under the radar.

Here check it out:

It wasn’t quite the firing on Fort Sumter that launched the Civil War. But on April 1, your Georgia Senate did threaten by a vote of 43-1 to secede from and even disband the United States.

It was not an April Fool’s joke.

In fact, Senate Resolution 632 did a lot more than merely threaten to end this country. It stated that under the Constitution, the only crimes the federal government could prosecute were treason, piracy and slavery.

“Therefore, all acts of Congress which assume to create, define or punish [other] crimes … are altogether void, and of no force,” the Georgia Senate declared.

In other words, in the infinite, almost unanimous wisdom of the Georgia Senate, Michael Vick is being imprisoned illegally, Bernie Madoff should serve no time for stealing $60 billion and the Unabomber must go free. In fact, the federal penitentiary in Atlanta should be emptied of its inmates.

The resolution goes on to endorse the theory that states have the right to abridge constitutional freedoms of religion, press and speech. According to the resolution, it is up to the states to decide “how far the licentiousness of speech and of the press may be abridged.”

The resolution even endorses “nullification,” the legal concept that states have the power to “nullify” or ignore federal laws that they believe exceed the powers granted under the Constitution. That concept has a particularly nasty legacy. It helped precipitate the Civil War, and in the 1950s and early ’60s it was cited by Southern states claiming the right to ignore Supreme Court rulings ordering the end of segregation.

Finally, the resolution states that if Congress, the president or federal courts take any action that exceeds their constitutional powers, the Constitution is rendered null and void and the United States of America is officially disbanded. As an example, the resolution specifically states that if the federal government enacts “prohibitions of type or quantity of arms or ammunition,” the country is disbanded.

In other words, if Congress votes to restore the ban on sale of assault rifles, the United States is deemed to no longer exist.

That actually happened and no one talked about it.

Even when common sense people actually get up and make sense, these fringe groups of people don’t listen.  It’s as if they’ve been programmed to be anti-Obama.  Okay, so yeah, the left was anti-Bush on almost everything, so I’ll concede that much, but still the right is now doing the same thing that they’ve accused us of.  Now, as far as this blog is concerned, I give credit where credit is due.  But, I didn’t go out of my way to bash Bush, and it seems that even with this whole international bruhaha with the Somalian pirates that some are going out of their way just to criticize Obama.   That being said, make sure to check out this Keith Olbermann clip and Janeane Garafalo rant.  Just interested in knowing what you think.

And womp womp for WordPress not letting me embed this clip so make sure to click the link. 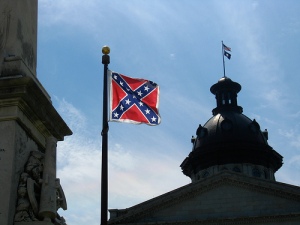 What I won’t understand is just how has being taxed been considered an overstepping of governmental powers?  So they cite the President “firing” the CEO of General Motors–were not most Americans suffering from mixed feelings over the same failed CEOs receiving TARP funds?  How did they expect it to be handled?

I think what really irks me is that there are those who believe in this idea of states’ rights are still the fools who behind closed doors refer to the Civil War as the “War of Northern Aggression.”  States’ rights and slavery and not mutually exclusive events when dealing with southern states.  Summarily neither does the modern Civil Rights movement and the whole Supreme Court decision of 1954 of Brown vs. Topeka Board of Education: these southern states felt that their “way of life” had been threatened and as a result they had the Constitutional right to be mad and revolt, possibly even seceede.

I’m not convinced that any state anytime soon would leave the Union.  It’s just an impossibility.  No state has the full infrastructure to exist upon it’s own.  Any president worth their salt would either a) not accept the withdrawal of the states from the Union, as did Lincoln or at worst b) recognize said state as a rogue nation.  If either situation happened, the rest of the country would have the full resources to subdue the upstart government.

Here’s the rest of the article:

This, your Georgia state Senate voted 43-1 to endorse.

Now, to be fair, the resolution passed because it was snuck unnoticed onto the Senate resolution calendar on the 39th day of the 40-day legislative session, when senators were trying to handle dozens of bills and scores of amendments. Most did not have an opportunity to read the six-page resolution, which in its description claimed to merely affirm “states’ rights based on Jeffersonian principles.”

However, those who introduced and sponsored the measure have no such excuse. Presumably they read and understood what they asked their fellow senators to endorse. And those sponsors include some of the most prominent members of the Senate — Senate Majority Leader Chip Rogers of Woodstock, Senate President Pro Tem Tommie Williams, Transportation Committee Chairman Jeff Mullis of Chickamauga, and Chief Deputy Whip John Wiles of Cobb County, among others.

The resolution they sponsored is part of a radical right-wing national movement — a similar resolution was introduced in the Georgia House but not voted on. It has been introduced in legislatures all over the nation, and has passed in both chambers in Oklahoma and one in South Dakota.

And while the Georgia resolution is legally meaningless and was passed without debate or even knowledge of most senators, it has had an impact. It has been hailed by, among others, those fighting the conspiracy to create a single North American country, by the Confederate States Militia, by the John Birch Society, and the League of the South, which still pines for the cause of an “independent South” and believes that “Southern society is radically different from the society impressed upon it by an alien occupier.”

You have to question the judgment of those who would have any truck whatsoever with such nonsense, and who would jeopardize the reputation of the Georgia Senate to lend aid and comfort to such radical causes and fringe groups.

Do you think another Confederate States of America is possible in modern-day America?  Or are these fringe groups really fringes and vocal minorities that are still having knee-jerk reactions to losing back in November?  Does Garafalo have a point, that most of this isn’t even prejudices, but out and out racism?  What would your response be if one state or many states decided to withdraw from the Union?

3 thoughts on “Maybe It’s Worse Than I Thought…Slavery Revisted?”