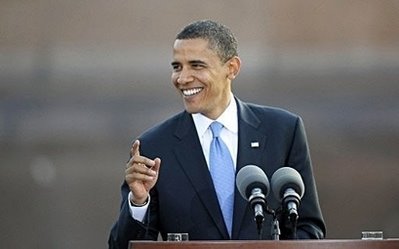 Well, I’ve been quite mum as far as the political process is concerned.  I officially took the UNN off of Obamawatch! 2008 the day he decided to throw his pastor under a bus/do a driveby/plunge him into the water depths (your pick).  Ever since then my blog more or less discussed politics in general–this was no longer a place to hear me go on and on about Senator Batack Obama and just how well he was doing, blah, blah, blah, etcetera, etcetera.

But, this week, I started watching MSNBC and I felt the need to talk about what some are calling a shift in this race.

Clearly Keith Olbermann is this bastion of liberalism, the exact opposite of what you will see on FoxNews channel.  (Given how busy I have been over the last weeks since my return from Philadelphia, I haven’t had much time to watch ad nausea any new programs.  I’ve even missed CNN’s “Black in America”special, but I plan to watch on Saturday because apparently they’re repeating it.)  So I was watching Keith and I was mildly disturbed by the extreme close-ups of him, and he was going on about how Iraqi President Malaki agrees with Obama for a time line that would lead to troop withdrawal.

Well isn’t that just about egg on the face of the one who quipped that if it took 100 years, we’d still stay in Iraq.

I flipped to FoxNews and I heard Hannity ranting that Obama refuses to admit that as a result of the surge, then US troop withdrawal can take place.

Well, this is just my opinion and I’m welcome to be corrected, because as I’ve said, I haven’t been quite as close attention as I have in the past, but I’ve yet to see any correlations between “the surge” and the alleged downturn in violence.  I think that the military powers-that-be that backed this surge have done a very good job of spinning the outcome of that decision into their favor.  The reason I say that is because there are a lot of factors that could play into a downturn of violence in Baghdad and the surrounding regions.  Some of which could be attributed to a government that is getting more and more stable with each passing day, an Iraqi police force that is getting more and more comfortable in their jobs–and yes, even a change in mindset of the Iraqi citizens.

Well, clearly we know the conservative approach and the liberal approach to this.

I think that this riff and the overall trip goes to show just how unpopular Senator John McCain really is.  Particularly when it came to this European leg of the tour and Obama’s stop in Berlin–clearly crowd numbers have not been on McCain’s side.  At this point, when you garner a crowd of 200,000 and your intent is that you are just coming to visit as a US Senator and not the Democratic presumptive nominee, theeeeeennnn, I think McCain needs to go back to drawing board.

Also, McCain, who’s getting the name McSame sticking pretty well (despite my wanting to Weathervane McCain to stick) runs the risk of being called a flip-flopper if he changes his opinions, even though I’m convinced that this is yet another thing that the Obama camp now has fodder to say that McCain hearkens back to Bush.

This morning as I watched MSNBC, they were quite aware of the thin line that he’s walking between campaigning for the presidency while not being too assuming of the job: meaning that he can’t speak of certain changes while currently George Bush is our POTUS.  It was a funny interview because I know he was fighting so hard not to be smug because he was forced to explain such big coverage about his trip.  He explained, which is true, that McCain went on the same trips following his presumptive clinch of the Republican nomination–then the reporter jumped in and said, “But he didn’t get as much coverage as you did?”  and Obama smiled, trying to keep from laughing and said “No he didn’t.”

I’m with The Black Snob on this one, if Obama somehow looses this election, I’m hollering foul.  Despite my personal objections to him, for my own personal reasons, the dude is hella popular.  I’m quite sure that the rest of the world, aside from Israel, is looking for a change in US policies, probably both home and abroad, and clearly, for them, their hope is in a man named Barack Obama. 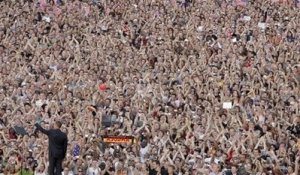 2 thoughts on “Obamamania Spreads to Europe”