This is actually a topic I’ve been dying to write, but I figured that it would take some time and that I had a lot to write about it, so bear with me as I gather my thoughts about this particular subject. 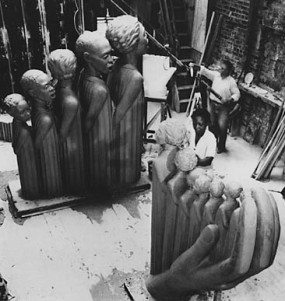 It was Summer 2006 and I was finishing up at Fisk University my alma mater and they made me take this one course that I hadn’t taken at Dillard.  It was some English course that even the professor was trying to figure out why was I taking her class.  I wrote a paper about James Weldon Johnson’s “Lift Ev’ry Voice and Sing” and wrote about the importance of the second and third stanzas.  It seems that only those of us who have attended the HBCU’s and sang in the concert choir know those second and third verses, thanks to the Roland Carter arrangement.

It was in this paper that I wrote about “African-Americans” and various struggles and grappling with the text so and so forth.  So, I wrote “African-American” in an attempt to formalize the paper.  In doing so, I hyphenated the phrase.  She handed back my paper and gave me a B+ on the sole basis of hyphenation.  I asked her what the deal was and shesaid “I don’t live a hyphenated existence.”  And her words have stuck with me today.

I mean, I was a smart 21 year old who knew what she meant, and I definitely stopped hyphenating it in her class, but everytime it came for me to write “African” and the word “American” together, I consciously stopped hyphenating the two.  It is such a matter of consciousness for me that when I read it in print, I cringe and I usually stop and ponder what are the writers true feelings about this particular construct of categorization.

This is a very touchy subject for those of us who are descendants of slaves.

Many of us don’t use “African American” hyphenated or not because they are quite clear that “they don’t know nun bout Af-ica.”  Or some will just be brazenly ignorant and say “I aint no Afi-can!”  Well, I’ll say that I think the designation is almost necessary particularly for those of us living here in the Americas.  By saying that one is European American, Asian American or Native American it clearly states that one is living away from the place of origin.

I will NEVER honor an Afrikaans individual as an African American.  They are still European Americans.  Living in South Africa, or even born in South Africa, they’d be nothing more than European Africans.  Frankly, I get insulted when I hear people joke about that.  I’m sorry, but heritage, and my culture and my existence is not something to be laughed at nor diminished to the musings of satire or jokes.  When I hear of those descendents of Dutch imperialism align themselves with African Americans I can always hear Mama uppity’s voice saying that whenever reparations for those who are descendants of African slaves here in this country come to fruition, those fools are gonna be reaping the benefits thereof.

This all brings it to the question of why do those of us who are descendants of slaves get caught up in this debate over identity?

Those who self-identify as Black and only Black (yes, I started capitalizing for the sake of this post) have a tendency to call those who use African American as a predesignate, “uppity” or “bougie” or “stuck up” and those who call themselves African Americans probably have a higher tendency to look down on those who self-identify as black.  Often using the lame argument of “well, I’m not black, I’m brown” and when they see someone with very dark skin they say “Now that’s a black person.  They so black they blue and purple.”

Wow, we really don’t know who we are.

Yes, this all goes back to slavery and the days where 90% of the black population lived in the segregated Jim Crow South at one time, and we’re still seeing the aftereffects of such thought processes passed down through the generations.  Too often we forget that how we process information is a direct result of how we’ve been socialized and been acculturated from our country of origin.  The form of slavery in which European imperialists imposed on the Africans here in the Americas was one of the most brutal forms ever documented in world history.  Their form of chattel slavery was new, seeing as how they stole men, women and children, much from those on the West African coast and enslaved them.

Editors note: To all the fools that would love to make the comment that “Many of the Africans sold their own people into slavery” and think its the best comment and the most intelligent comment that would promptly shut down the reparations debate, or somehow quell the conversation about slavery in this country–here’s why you’re wrong.  Again, the type of slavery that many of those on the West African coast practiced was more akin to the European version of indentured servitude.  Please don’t misunderstand, the owning of another human by another human in whatever is unconscionable, however, the chattel slavery and the diluted genocidal effects of slavery that were instituted by Europeans, and the inherent racism that was associated with slavery in the Americas was not practiced by that of the Africans.  Moreover the small number of West Africans that were sold into slavery pale in comparison to the raping and pillaging that the Europeans did not only to the people themselves but to the physical land by taking gold and other natural resources leaving that area devoid of that which had previously sustained life.

Somehow those that think the “Africans sold other Africans into slavery” is an argument that somehow removes blame from Europeans and places it on those from the Ibo, Ashanti and Fante tribes of West Africa needs to get a friggin history lesson.  I will NOT entertain any comments that do not intelligently debate this issue.  Please post with caution.

Well, I guess all of this incessant rambling is borne from the fact that while I was on Creation Fest (a few posts back) somehow me and youth moved to a topic about politics and when asked a question, I try my best to stay out of the quagmire of euphemisms lest these youth can politely dismiss what I say.  So, some how we got on nationality and the kids were saying the various countries that their parents were from and one of them, as if it were natural asked me “What country are you from?”

Well, when blacks among blacks ask this question, we usually just say “Where ya people from?” and the normal answers are (as I begin to list the formers states of the Confederacy) Texas, Louisiana, Mississippi, Georgia, some Floridians, Alabama, South Carolina, Tennessee, Arkansas, North Carolina and Virginia–THAT’S IT! 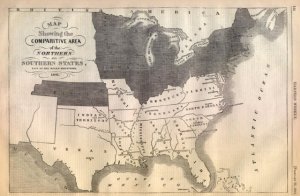 You’ll rarely hear the border states such as Missouri, Kentucky or Maryland.

So, as you all are dying to hear what my response was, I’ll hold the suspense a bit longer, lol.

It was at this moment that I began to see myself as a minority in this context.  Don’t get me wrong, I’ve been quite conscious that I’m dealing with white people, I’m not sure how conscious they are of my blackness (although after this last week and me walking around with a “Black History: To Be Continued….” shirt on, I’m sure they got the picture), but that I’m beginning to get a glipmse of what it means to be a lone black man in a white world.  Now I’m beginning to know why many black professionals, men and women, come home and are TOTALLY stressed out.

I’m sick and damn tired of code switching.  Code switching is that wonderful that blacks have done since slavery that allows us to speak in our own vernacular amongst ourselves, but that unique ability to “talk white” when we get around white folk.  I’m just sick and tired of having to do the “talk white” thing and not having enough black people to break up the monotony.  I feel that I have break down my own feelings and decipher them before they come out of my mouth in order for those around me to understand what I’m saying.   The irony is that I’m not 100% all the time and every once in a while, something slips out and I spend much of the time explaining the significance of that cultural event.

Here’s a case in point.

My host mother (yes, the one that said “hip hop is from the prison culture”) told this story of how in Philadelphia all of these “Southern black women” at a senior center were sitting around playing some card game and how all of them had on their church hats and pearls and how they were sitting around cackling because one of the older men in the room was making old lecherous man remarks to one of the women. And then when one of the women responded, he got up trying to run away from her in his walker.  Now my host mother was laughing uncontrollably telling the story, and in the midst of the laughter she said how it had to have come straight out of a movie.

I wanted to tell her, ” —-, that’s just like at our family reunion.”   And I doubt she’s ever seen one of Tyler Perry’s movies.

Or even having to explain what an HBCU is to my co-workers.

So in the midst of meeting all of these wonderful women at the Salvation Army Eliza Shirley House on Arch Street in Philadelphia or playing with the neighborhood kids in the Fishtown neighborhood, proabably mostly of Irish Catholic descent, I was quite aware of my Black African American standing.  There was one other girl who was black in another one of the groups and there was another young man who was about my skin color in our group, but he’s of Surinamese descent (just ask Obama what does that feel like to be of darker color, outwardly identified as black, but without the same heritage of millions of other African Americans).

“Black” rolls off of my tongue easier and “African American” is much more PC, however don’t let the PC status fool you. The reason for removing the hyphen is that my Africanness, which comes first is not dependant nor defined by my Americanness.

2 thoughts on “Philly Debrief: Why I’m a Black African American”