Honestly, I don’t know what to be more torn up about–

The death of the great NBC legend from Meet the Press, Tim Russert or the fact that somehow R. Kelly was accquited.

Truth be told, I’mmore torn up about two other things, one of which was the fact that I saw Facebook status messages that by in large showed the utter disgust accompanied with the Pied Piper’s (O yes the irony) accquital, but the one or two status messages (from fellow Chicagoans I’m shocked) who were happy for him speaking about how “I knew dem hataz couldn’t keep my man Kellz down.”

It’s late and I’ve had a long week, but my God, I’m more pissed at the people who support R. Kelly than Kelley himself.  I mean these women supporting him are doing nothing more than playing into the patriarchal style of misogyny that CONTINUALLY gets passed on from mother to daughter family to family.  I mean…come on now.  This is a person known for a fact to mess with little girls through the grapevine.  But yet and still we let little girls lure older men unknowingly through MySpace and these men get sentenced.  I’m confused as to what message are we sending to young girls: only do it with an older man if he can give you some money or some bling?

I’m getting blue in the face doing these blogs that seem to have the same genesis either in an inherently racist system of justice or the result of bad parenting (community as well).

This is definitely sorrowful day for us in the black community.  Not necessarily because of a system failure, but because somehow we fostered an atmosphere and climate that allowed for women to call into WPGC 95.5 out here in Washington give a laundry list of other actors and rappers who have been arrested and said becasue the [black] community has not maligned them, then there’s no need to do the same for R. Kelly.

Wow…have we really slipped that far where somewhere, some woman felt it was okay to say that out loud?

The other sorrowful note of the day was the fact that I received news that my beloved Tim Russert passed. 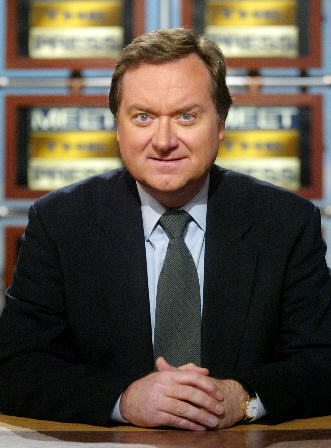 I first remember him when I was 16 on that November night in 2000 that I saw this kooky looking guy with a dry-erase board playing out the math between Al Gore and George W. Bush, and ever since then I had kind of kept up with him.  Growing up without cable, the only clear channel we had was ABC 7 back in Chicago which prevented us from watching a lot of NBC, but I ALWAYS respected him.  He consistently brought the hard questions to his guests, and he never lobbed a softball to anyone irrespective of who they were, either Barack Obama or George W.

So, what should I be more disturbed about?  The fact that Tim Russert died and no one I’m around knows who he was and just how institutional he really is OR the fact that we live in such a random and weird world that R. Kelly goes free and that there are people out there who are happy about it and they’re not members of his immediate family?

2 thoughts on “A Sorrowful Day”