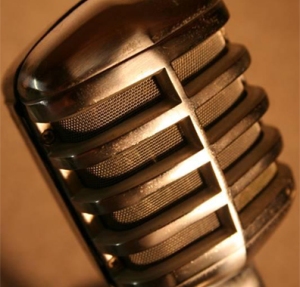 Well, where I’m staying at this summer, somehow has fried my wireless connection with their particular router–go figure, so I’m relegated to staying late at my job and using the company’s computer.

Hmmmm…wonder what they would say if they decided to do a History check and see name’s like “uppity negro” “averagebro” “black snob” and God forbid “raving black lunatic” in the search engines.

That’s beside the point, I could really care less.

But, so that my readers won’t be left in the lurch, I’m just letting you guys know that barring any significant change in my current work schedule which is 6 days a week, with only Thursday’s off, and unless I get dedicated to coming in the A/V room here my posts will from now on be significantly shorter and less in-depth than my normal writings.  However, I am keeping up with those on my blogroll as I am prolifically (sp?) commenting on their blogs.

But, hmmm…iono, I may write a lot tonight, I may not, let’s see.

I have received a direct letter from Rev. Jeremiah Wright and Rev. Otis Moss III who is now the “Senior Pastor-elect” of Trinity United Church of Christ.  I have not yet decided, let alone figured out a way, to post this letter.  The reason why was because this was a letter issued to church members and I’m a firm believer that what is church business, is church business, as long as it’s nothing that negatively affects the larger community.

This letter clearly denounced the Time/CNN article that I posted earlier last week.  So from what I gathered upon reading the letter was that what the Time/CNN article said happened, DID in fact happen.  The problem was an issue with Trinity’s by-laws and Rev. Moss’ inability to get ordained by the denomination of United Church of Christ.  This in fact had little to do with Rev. Wright wanting to hold on to the reigns as senior pastor at Trinity.  In fact this church letter stated that there is nothing in the denominational by-laws nor the church by-laws that delineates between “pastor” and “senior pastor” but rather a distinction that was bestowed upon Moss’ arrival by the Board of Trustees.

All that says to me, after reading the letter was that Moss and whoever else should have been more vigilant about getting their UCC ordination done by the first Sunday of June 2008 and this situation wouldn’t have happened.

To my readers: As soon as I can figure out a way to copy this letter into a Word document, I will quickly cut and paste and provide it to you so can draw your own conclusions rather than just take my word on it. 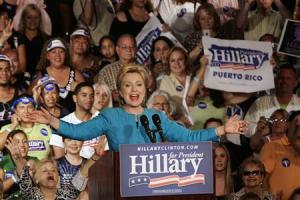 And yes, I still must go back to the Hillary Clinton debacle of last week.  I guess since everyone else has commented on it I still owe and ENTIRE post to my reaction to Sen. Clinton because I still have a lot to hash out as far as her being treated as a woman in the race and how I personally feel that even though she lost, she still proved that a woman CAN be the president of the United States.  People are saying that she cracked the ceiling and honestly, I believe that she BLASTED through it.

The same goes for Sen. Obama, I think we’ve proven, barring any voting irregularities in November, that a black man has a viable chance of being president in this country.

Which brings me to yet another idea that Obama is a member of the Illuminati that I’ve seen floating around the blogosphere?!?!?!?!

And it was through Soul Jonz’ blog that I had read that and also through Average Bro’s blog that had a YouTube clip of these crazy black dudes just…well, watch that clip, I have no words for it…and one of their claims was that Obama was part of the Illuminati and he was going to institute the New World Order.  And I MUST write about what is it in the water with our young black men, around 25 that just all of a sudden have this weird black nationalist bent, and what not…classic symptoms of I-once-was-dumb-but-I-read-a-book-and-now-I-have-all-the-answers Syndrome.

So, stay tuned.  I want to leave you all with this clip.  At first I was going to find the song “I Wish I Knew How It Would Feel To Be Free” because I’m definitely there.

There’s a lot going on in this world and, MY GOD, we have a LOT of work to do, and I myself am fighting this feeling of apathy and disillusionment that many of black brothers and sisters fall victim to simply because the stresses of being black in America are many and the remedies are few.  But, then I remembered this other song by Miss Nina Simone that I remember my roommate summer of 2006 kept on playing.  Now he played the Walter Hawkins version of it, but I’m going to leave you with the Nina Simone version–and so I may make this my official theme song.  Enjoy.

Keep it uppity, and keep it truthfully radical, JLL