Skip to content
Posted on February 3, 2008 by the uppity negro

this is another repost from my Facebook notes.  just wanted to share this one with the broader community. 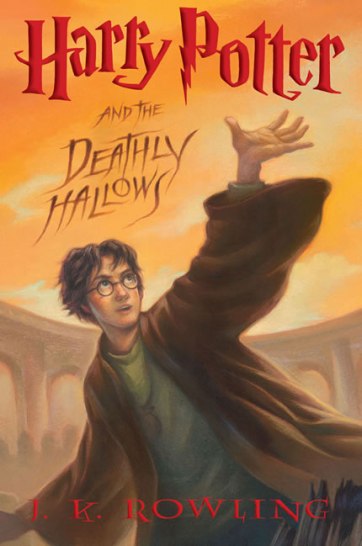 (although by now, I’m sure the die-hard HP fans have finished the book as of the publishing of this note.)

At risk of offending some fundamental Christians, I will press forward. (For Fundamentalist concerns, please write me personally.)

Now on to business…

I was thoroughly pleased to see how J. K. Rowling was able to thread a socio-political commentary throughout the seven book series of Harry Potter. As was her intital onset, Harry, the boy wizard turned genius, was 11 and the story dealt with 11 year old problems, but as the book grew so did Harry, and so did Harry’s problems. So with the death of a very main character at the climactic ending in book 6, the book was very real to a 16 year old who had lost a father figure twice in Sirius Black and again in Albus Dumbledore.

Although, Rowling would never say it aloud, it’s hard to imagine that she unintentionally dealt with so many social and political issues in the book that played out through the dynamics of Harry, Hermione and Ron. From Harry’s ultimate passion of getting the job done at all costs, to Ron’s blatant ignorance in social compassion for “the least of these” to Hermione’s civil rights championing on behalf of the house elves. I’ll admit that of course entertainment value was of course her primary concern. But I think for the slightly above average reader, it was hard not to see the socio-political lines drawn in the sand by the seventh book.

Lord Voldemort’s main objective was too establish the autocracy of the pure-bloods of wizarding and witch world–at all costs. To be a “mudblood” or mixed with Muggle (non-wizarding people) and wizarding blood was an offense worth being jailed for in the British wizarding jail of Azkaban. And all Muggles were considered the target practice of the Death Eaters (the supporters of Voldemort) by the seventh book. Once Voldemort and company had infiltrated and taken over the Ministry of Magic, with the slogan “Magic is Might” and had placed a statue in the lobby of the Ministry of Magic building that had a witch and a wizard grandly standing on the top of a pile of naked humans, they instituted a policy that required all mix-blooded wizards to register with the Ministry in order to keep “traces” on them.

With my hermeneutic as an African American male, it was hard for me not to draw parallels between the white South African government during apartheid concerning the registery of all mix-blooded wizards. And posses called Snatchers roamed the streets looking and interrogating anyone who they wanted to charging them with being “mudbloods.”

Ron’s ignorance was shown as even Harry took a stand in favor of the Goblin, whom they had befriended (i’ve forgotten his name right now) because Ron had simply cast them aside as a race not equal to wizards simply because they didn’t carry wands the same way human wizards did.

Another interesting point that I noted was the two black characters that appeared in book seven and their small, yet poignant roles in the book. The premier was Kingsley Shacklebolt, who was a member of the Order of the Phoenix, and often showed up in group settings as a random defender in the great dueling scenes, but often didn’t have much of a speaking role. Often times his character was far off doing other secretive work as he had already had a post in the Ministry. The character was Dean Thomas, who was a suite mate along with Ron, Harry and other character who had more speaking roles than Dean did named Seamus, but character wise Dean and Seamus were equally periphery characters.

Frankly, I was insulted as a black man when I read the seventh book when they gave some story behind Dean Thomas. Dean, Ted (a member of the OOTP’s father, her name is Tonks) and two goblins who had escaped from Snatchers were walking alongside of the tent where Ron, Hermione and Harry had camped, and by eavesdropping they had listened in the conversation. And the story had gotten out that Dean was mixed blood wizard, well, there’s nothing wrong with that, so was Hermione. However, because the issue of the blood line was at stake, Dean was unable to answer questions about his past—why, BECAUSE HIS DAMN DADDY LEFT HIM WHEN HE WAS A KID!!!!

In reference to being Muggle-born, Dean replied…

I said “aint that bout a bitch” aloud when I read it. Was this even what white folk in Britain thought black boys living in Britain as well?!?!?! I mean, isn’t that the quintecential ideology of white folk today concerning black youth who grew up in an urban center: that we all come from single-parent households where our father’s left us at an early age, therefore since we live in a patrilineal society, we don’t even know our own geneaology?!?!?

I guess, in the words of the new BET show, “We got to do better…”

My final commentary on the DH is that it was interesting to see the religious overtones because Dumbledore acted like a John the Baptist preparing the way the way for a Harry Potter in a Messiah-like position that had Dumbledore playing the role of both the God-head and John the Baptist. This is because Dumbledore had been the care-taker and predecessor to Harry, similar to John the Baptist. However, as Harry began to question the ultimate leadership of Dumbledore, quite the same way Jesus (and many Christians I might add) had questioned the God-head, particularly in the final hours on the cross, and here in the final series of the book. But, Harry had ultimately resolved himself to follow Dumbledore’s instructions, the same Christ decided to die. (Don’t wanna ruin everything if u haven’t read the book, lol).

So, for all the religious freaks out there that have outrightly (if that’s a word) condemned the Harry Potter book, don’t get so self-righteous, actually pick up the book and read it, and then make that informed decision yourself. I mean, how can you condemn and not read someone elses book, but then expect them to read your own book called the Bible?

One thought on “A Harry Potter Hermeneutic!”