Skip to content
Posted on October 22, 2013 by the uppity negro

In a rare twist of almost Orwellian irony, the government shut down was the best thing that could have happened to the HealthCare.gov website.  On the same day that the U.S. Congress failed to deliver an appropriate bill to the president’s desk to sign that approved the federal budget, resulting in a government shutdown and furloughing 800,000 or so workers, the HealthCare.gov website that is providing national healthcare also debuted with it’s open enrollment period.  The website has been pretty much a failure.  Not catastrophic or irreparable, but it’s clear there are bugs in the system.  So much so that Obama was forced to hold a press conference in which he directly addressed the myriad of problems with navigating the site.

In an attempt to steer the inevitable blame for the government shut down away from the Republican leadership and the Tea Party, many right-wing outfits took to the airways and local blogs and sites equating problems with the website with the actual law itself.  As fate would have it, the main political football in play over the passing of the budget was the Republicans attempt to gut funding for the Affordable Health Care (better known as Obamacare) and the Democrats supporting Obama and holding the line.

Again, that Orwellian irony at play.

While the right-wingers are doing what they’ve always done–snipe and bemoan their lived existence under the false assumption of us being a socialist state–Obama’s own admission of the website’s failures have given license for the rest of the media to begin to openly criticize it as well.  The Washington Post published an opinion piece from the editorial board that read in part:

How is it that the Department of Health and Human Services launched the president’s signature domestic program with a computer system that could not handle the anticipated load? We share Mr. Obama’s frustrations with efforts by House Republicans and GOP governors to sabotage Obamacare. But the computer snafu was self-inflicted incompetence.

Mr. Obama said Monday that “the number of people who’ve visited the site has been overwhelming,” with about 20 million site visits to date. Why is that so overwhelming? Commercial computer systems such as Google and Facebook manage to handle billions of visitors every month. The U.S. government runs supercomputers for national defense applications that are among the highest-performing in the world. Mr. Obama’s administration seems to have behaved as if this project were not a priority. [emphasis added]

I personally expect journalists, the real journalists to be the standard bearers of political memory in this country.  For it was from them that we ingest and sometimes digest the real information.  And by real journalists, I’m talking about those who investigate, find sources, corroborate those sources and finally report the news, not the fly by day covermen and covergirls that are all glitz and glamour on radio shows and primetime cable news shows.  It is from this group that it’s shocking to read the accusation of the Obama administration not making this website a priority.

Primarily, the Obama administration faced a real threat of having the Supreme Court declare the law unconstitutional and therefore dead on arrival and no need for a website in the first place.  Or even if the Supreme Court had gutted parts of it, the point still remains a website very well could not be needed certainly not on the scale of which HealthCare.gov needs to operate.  And in the midst of everything that the Obama White House was facing it is certainly amazing anything gets done in Washington.

I would expect avid journalists, certainly at the storied Washington Post to get the fact that when facing undue and certainly unnecessary road blocks some things are going to fall by the wayside.  For the better part of the year, the Obama White House has been working against a “do-nothing” Congress that puts the original 80th “Do Nothing” Congress of high accord of the 112th.  As if not to be outdone the 113th Congress, the current one, seems to be going for the gusto and not allowing any bills to be passed.  There’s more bills waiting for the question to be called than there are bills that have gone to Obama’s desk, and dozens upon dozens that will certainly die in committee.

The Republican orchestration dating back to Obama’s first inauguration, the creation of the Tea Party which has since day one threatened to shut down the government rather than let Obama be president and “faithfully execute” his duties has sabotaged so much to the point of misguided priorities.  As an American public we’re seeing Congress not carry out it’s duties simply to thwart Obama.  And let’s be clear, this is personal.  The level of brinksmanship that has oozed into politics these days is nothing short of malicious intent directed toward the personhood of Obama.

Since 2011 the American public has been introduced to new phrases and concepts such as “brinksmanship” and “debt-ceiling” and “fiscal cliff” all imaging these cataclysmic situations concerning our status as an economic powerhouse, all the while trying to stimulate a very, very sluggish economy; like a battery trying to muster enough power to turn over a car engine when it’s -15 degrees outside.  All of these challenges have been at the behest of a Rep. John Boehner led Republican House of Representatives.  It was so bad, Boehner it seemed positioned himself as the antithesis to the Executive Office.  While Obama was Darkwing Duck, John Boehner decided to be Negaduck, posing as a president, but having no problem being ruthless and didn’t bat an eye if innocent bystanders became collateral damage.

Not to mention Obama was threatening some military campaign with Syria this summer. 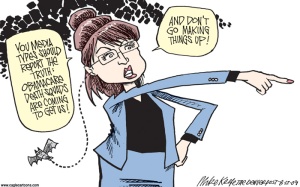 By comparison, the Apple iOS 7 beta version dropped in June and had some two months of heavy beta testing before it was rolled out to the main public in late September.  Even still with that, even as of today, we’re on the third stable platform upgrade.  And I’m sure it would be safe to say, somewhere tucked in the deep corners of Cupertino, California some genius has already begun working on an iOS 8 platform not expected to come out until an iPhone 7.  This tech industry practice of rollout of products is a time-honored business tradition known as the “soft opening.”  It’s when you have a select few shoppers or customers come to the store or the event and have them test run a few things, make sure that you’re doing a survey of their likes and dislikes and adjust accordingly for the hard grand opening.

This didn’t happen with HealthCare.Gov.

There needed to be a beta site in which one could do a mock sign up, that was straight faced and no-frills.  It took the bungling of the website for the past three weeks for some web genius to come up with the idea of “browse” to be placed on the front without having to go through the literal sign up process.  According to one report, there could be as much as 5,000,000 lines of code that would need to be rewritten or addressed to get rid of the bugs.

This was a far from flawless roll out, but by in no ways was this not a priority for the Obama White House.  When we elect presidents, we expect them to walk and chew gum at the same time, no questions asked.  Obviously the American public thought he was doing that well enough to get re-elected comfortably.

Finally, it wasn’t a priority because other social issues reared its ugly head that took over the national conscience rather than a bumbling website.  This summer was dominated by the Supreme Court landmark decisions over the Voting Rights Act which counts as a win for the ultra-conservatives of this country, and the decisions around affirmative action and the legality of the federal government recognizing same sex marriages paving the way for states to make it legal.

Let’s also not forget Trayvon Martin and the Zimmerman trial.  Obama waded into those waters of his own accord and summarily muddied those waters for a complete news cycle.  Those on the left happy for the comments, those on the right crying foul, this of course marched right into the 50th anniversary celebrations of the March on Washington in August, and right into the debt ceiling debate of 2013.

Perhaps, it wasn’t a priority for the Obama White House because it wasn’t a priority for the American people.  Perhaps, that’s circular logic as well.  Nevertheless, when we should have been talking about mockup screen shots for the website, we were busy waiting for iOS 7 to download to our phones and praying the Republicans weren’t going to be stubborn enough to let government shut down.

Alas, here we are.  I guess today, though, it became a priority.

3 thoughts on “Why HealthCare.Gov Wasn’t A White House Priority”