Skip to content
Posted on January 18, 2011 by the uppity negro

Jay-Z famously made that quote in 2009 at the American Music Awards and it entered the pop cultural lexicon as a bellwether for truth and stark reality.  This statement was made with regards to records sales; he was still able to move units in a day and age where famous pop stars are moving less than 50,000 in the first week.  That statement is a testament to our Americanized approach to numbers and math in general.  When we see something written in number form we’re taught to not question it.  In fact, we’re pre-programmed to add validity to whatever it is that we’re doing when we see it.

We experience it all the time and marketing analysts know how manipulate numbers for their advantage.  Wal-Mart gets away with it by having large prices in random number such as $4.63 rather than an even number.  If we see a population number of 200,000 for a city, we automatically think it’s a rounded number.  However, if you make the number 198,457, we believe in the validity, or rather accuracy of the second number over that of the first.  It’s the same with percentages.  If we see a percentage of 25% or 60% we’d put less stock in it’s accuracy if it said 24.7% or 60.89%.

Automatically the average minds sees statistics and attaches accuracy and validity to what is allegedly being researched.  I say allegedly because one of the failures of the basic scientific method rests in a faulty experiment to begin with.  One may say that they are testing for how well popcorn pops from brand to brand and never thinks to check the expiration dates on the popcorn bags.  I noticed this failure of numbers recently when as I was completing Malcolm Gladwell’s latest book Outliers that challenges our basic understanding of success in this country.

Gladwell, to sum up the book in short, is simply making the claim that success is generally attributed to the cultural matrix out of which said individual is born and really just sheer dumb luck and happy accidents.  Certainly the majorly successful persons have the skill and talent and often-times innate abilities to complete the task, but often times these alleged “innate abilities” are really just the by-product of honing a skill toward perfection which is really just contrast to others around them.  That is to suggest that if I, the author or you the reader were given the opportunity (time and money) to practice piano from age 5 to 20, we could well be on our way to be the next Theolonius Monk, but honestly, do either of us have a piano, the time to practice, or a teacher who’s willing to put the time and effort into our development?  The answer is a resounding no, and life goes on.

What I want to blog about shortly, is how the numbers game have been used and re-used throughout the recent generations to automatically yet subconsciously purport this notion of eugenics. 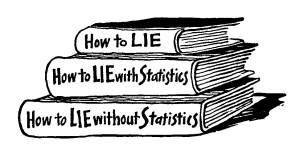 When it comes to crime statistics, if you ask the average person in their community they’d swear crime was on the rise, when overall documented crime numbers have consistently trended down in since 1990.  Specifically when it comes to education as it is divided on demographical boundaries of socio-economic and racial background when we see higher tests scores for whites and Asians than for Latinos and blacks, the gut reaction is that one group is smarter than the other.  Most people today recognize that as a fallacy simply because educational atmospheres are not equal based on funding, other resources and a plethora of other problems that exist outside of the classroom that find themselves into the classroom.

As I read Gladwell’s chapter “Rice Paddies and Math Tests”  and “Marita’s Bargain” I was shocked to see an, albeit disputed and refuted, study that said why Asians were smarter and had higher IQs based on evolutionary theory using “really cold weather, premodern hunting practices, brain size and specialized vowel sounds” to support the theory–and it was published in 1991! I said to myself, it’s shocking the numbers of controversial studies that were published harping on the science of eugenics to discuss ethnic disparities when it came to the intelligent quotient and the like.  Most famous was Herrnstein and Murray’s book in 1994 The Bell Curve that essentially borrowed from pre-World War II conclusions about genetics and race with blacks at the bottom of the intelligentsia food chain.

I figure that if scientists within the last twenty years felt comfortable enough to publish findings so skewed, then what does this say about the numbers that we read.  Gladwell helped me understand this.  He took an example of 1st through 5th grade test scores divided into three groups based on economic background of the family of the student.  The achievement gap was only 32 points in 1st grade, and doubled by 5th grade between higher income students versus lower income students.

But call in the calvary because something must be done about this!  Our education systems are failing our kids! Right?

Because of this particular study Gladwell used, the double testing at the end of the school year and at the beginning of the school year, the study was able to tell net gain of learning, not just a raw test score number.  Not only did the lower class students pull on par with actual learning in the classroom, but scored a few points higher than the wealthier students!   So in fact, learning capabilities are the same–lower income kids aren’t dumber than the white suburban kids.

This study also revealed, however, the achievement gap happens probably because of that blessed two and half month summer break American kids receive.  Wealthier kids have summer camp, private tutors, trips to the lake with mummy and daddy, summer reading and math tutorials meanwhile Jamarion and DeMarcus and Joreisha are making successive trips to the corner store sitting on the stoop all day.  This study showed effectively that the lower-income students lose points over the summer when it comes to those test scores.*

Gladwell marvelously links this idea of Asians being better in math to the work ethic associated with southeastern Asia and the work of families in rice paddies to the sheer diligence of Asian students in the classroom.  Rather than conceding defeat that “Oh, Asians are smarter than us” which is generally the approach and we put the addendum “And they’re wayyy better at math,” it has more to do with us being the lazy American not wanting to change our work ethic to compete.  Let’s be honest, these findings concerning the achievement gap are not new, but it’s just within the last five years that we’re beginning to see more schools take the autonomy to move to year round programs.  Still, the average school district, large or small, rural or urban has not made the unilateral decision for year round schools.  If no other reason than the teachers’ unions having public school boards on lockdown.

We know what the problem is, and actually even have a few possible solutions, and we stand idly by and allow the problem to persist.

I have to declare that Jaz-Z was wrong.  His statement was a product of the rugged individualism that was birthed out of Western modernity and cultivated in the crucible of manifest destiny and thrived in the minds of modern American culture.  Numbers provide the finality to a situation and aren’t generally open to interpretation.  We don’t generally question the veracity of the number seven or even π the same way we’ll parse words, sentences, paragraphs or works of art.

Well, perhaps Jay-Z was partially right if I think about it more, perhaps he spoke as only someone of his stature can; having an Obama-esque moment, turning on the professorial charm probably wouldn’t have gone over well with the AMA crowd especially as the music to get him off the stage was cuing, nonetheless numbers certainly can be manipulated to paint an inaccurate image of reality.  And is not inaccuracy a falsehood?  And is not a falsehood indeed a lie?

So, I guess I’m where I first started: Jay-Z was wrong because numbers do lie.

* If you think I’m in favor of year round schools, then you’re right.  No, wasn’t in favor of it when I was going to school, but that was because I fell in the category with parents who could send me to summer tutorial programs and we did family vacations and I read books during the summer.  I needed a break, other kids can’t afford a break.

7 thoughts on “Jay-Z Was Wrong, Numbers Do Lie”