On December 20, this country more or less quietly marked the sesquicentennial anniversary of the day South Carolina drafted secession papers and formally seceded from the United States of America in 1860.  Their secession was ratified on December 24, four days later.  At issue for them was the nebulous idea of states’ rights entangled with just how did the Constitution protect said states’ rights pertaining mainly to the issue of slavery.  Other historians throughout the years have argued what exactly was the main cause of the American Civil War, and many have argued that it had to do with tariffs that would have benefited northern states over that of southern states.  However one looks at it from another perspective, the southern states voted in large blocs for the most part in Congress and certainly had their heels dug in when it came to the issue of slavery.  Even still, history would argue that the issue of slavery was the most prominent.  In the Declaration of the Immediate Causes Which Induce and Justify the Secession of South Carolina from the Federal Union it didn’t mention tariffs, but rather explicitly mentioned slavery more than once probably relative to the Fugitive Slave Law of 1850 and implicitly the perceived outlawing of slavery by the then incoming President, Abraham Lincoln.

Many historians also say that the Civil War was bound to happen from the moment that the country was framed because of slavery.  It was even at issue at the drafting of the Constitution because of the need for the 3/5ths compromise; everything in between was a mere march toward the first shots being fired at Fort Sumpter in April 1861.  From the moments that the Civil War ended and Reconstruction limped along until 1877, the South, understood as the former Confederate State of America, has maintained a certain je ne sais quoi about them that has not always jived well with the rest of the country.

Still in the state of South Carolina, recently, many have taken issue with the Confederate flag still flying over the State House in Columbia.  For many blacks, seeing the Rebel flag symbolizes whites who want to go back to a time when descendants of enslaved Africans were in slavery.  That’s it.  There’s not much wiggle room on such an issue.  After driving through and living throughout the Deep South, most blacks take a pause when we see a Rebel flag hanging in a store shop window or on a bumper sticker on a pick up truck for this reason.  Even beyond that, many blacks still fail to see how mainstream culture has no problem with many a Southerner reveling in their ancestry in the Confederacy, but have no problem parsing and caricaturing many aspects of black culture.

Some Southerners have chosen to remember the Civil War as the War of Northern Aggression in certain circles, which lets one know how many Southerners feel about the North even still to this day.  This deep-seated belief is entrenched in the ideals that the South had the moral and legal right to secede from the Union and that everything would have been alright if the North, and summarily President Lincoln, would have just let things be and let the South do their own thing.  Aside from the tragic logic behind that, it’s an emotion that was passed down through the generations that made the modern civil rights movement so bloody and painful.

It will be interesting to see how other states over the next four years will commemorate various battlefields and just how the country in general will respond.   The Secession Ball sponsored by Sons of Confederate Veterans organization was held Monday night in Charleston, South Carolina in honor of the secession 150 years ago.  For attendees this was a chance to honor their ancestors who they believed fought for their personal rights.  For the protesters, it was the equivalent of Nazi Germans holding a ball commemorating the glorious Third Reich under Hitler.

And let’s remember the South Carolina legislature did vote unanimously to leave the Union.

To me the secession stood as a clear acts of treason that could have been leveled, but perhaps my bias as a black man in this country can’t help but come through.  And I still get mad when I think about how the Southern states were readmitted back into the Union without much penalty and how the abrupt end to Reconstruction adversely affected the black populace in this country, but again, that’s probably my bias as a black man coming through. Forgive me.  The fact that we live in a country where factions feel comfortable to tread on the liberties and the sensibilities of other Americans with such wanton hubris never ceases to amaze me.  Yes, this is America and the Sons of the Confederacy have just as much of a right to gather and celebrate what they want just as much as the NAACP had the right to protest their gathering.  But still, one has to wonder just how divided are we still today.

No, I don’t think another civil war is about to break out; certainly I hope not in a nuclear age.  Moreover, I think the American public couldn’t stomach a war on American soil. (For the record, the Civil War was the only official war fought on United States territory.)  And even beyond that, we’re nowhere near our breaking point internally. 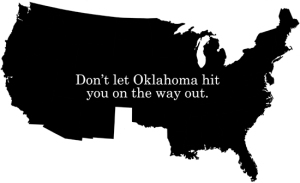 But those questions certainly get tested when we recall Texas Governor Rick Perry making his comments about Texas seceding from the Union in 2009.  Because talks about secession in this country are only historically rooted in road toward the Civil War, for Perry to say that was not a careless remark, but probably a coded remark that gave a nod to certain conservative groups to let them know how he sided with them ideologically.

While yes we are a country that still is able to coalesce with each other, we need to recognize that there are powerful people and powerful factions that are to be reckoned with that do not have our united interest at heart.  Just in the last week, one must admit that President Obama has some steam coming out of the last two years as he begins drafting his State of the Union for next month that can now include the successful repeal of “Don’t Ask, Don’t Tell,” the passage of the S.T.A.R.T. treaty and providing a health care bill for 9/11 first responders, but this still does nothing more but make the other side become more entrenched in this warped idea that they need to “take back their country.”

Seeing as how its almost impossible for me to imagine what it would have been like in the days leading up to the Civil War since I’m a free black male, and it’s equally hard for me to imagine what it would have been to be white in an antebellum United States, I still can’t help but ask what was the moment when just about everyone realized that we were going to war and that it was just a matter of time.  I say this because while compromise is not the dirty word that Sarah Palin and her ilk would have one believe such as was her Robin Roberts interview last week, this country had all of these major compromises that we learned about in U.S. History that did nothing but sweep the major issue under the rug.  From the 3/5th compromise, to the Missouri Compromise that did nothing but lead to the Fugitive Slave Act, the Kansas-Nebraska Act and the horrid Dred Scott Decision in 1857 which for me, was the moment that the line was officially drawn in the sand.  That line was drawn by Chief Justice Roger B. Taney who penned that:

It is difficult at this day to realize the state of public opinion in regard to that unfortunate race which prevailed in the civilized and enlightened portions of the world at the time of the Declaration of Independence, and when the Constitution of the United States was framed and adopted; but the public history of every European nation displays it in a manner too plain to be mistaken. They had for more than a century before been regarded as beings of an inferior order, and altogether unfit to associate with the white race, either in social or political relations, and so far unfit that they had no rights which the white man was bound to respect.” [Emphasis added.]

At the risk of being unnecessarily hyperbolic, just about every time when we hear some of the more conservative members of Congress or any other persons who aren’t elected (think Rush Limbaugh or Glenn Beck) it always seems to draw upon the highly xenophobic and antiquated ideal that there are certain members of the human race based on skin color, class and other demographic differences that have “no rights which the white man is bound to respect.”

If we’re taking that line of reasoning as a country, then we’re certainly recreating the aspects of “a house divided” that cannot stand.  The preeminent question is are we headed toward another Civil War.

I guess only time will tell.

13 thoughts on “A House Still Divided: 150 Years Since the March to the Civil War”