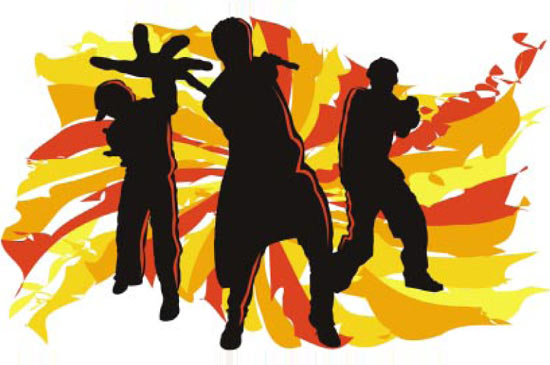 Okay, that’s a loaded title, I’ll admit that upfront.  So if you’re inclined to take the following article with a grain of salt, I’m not going to be mad at you.  That being said, I think it’s time to admit that as a black culture we can no longer afford to blindly act as though certain aspects of the hip hop culture need to be validated as positive aspects within the black culture.

I can’t begin to fully begin to define what hip hop culture is, but for the casual reader the operating definition for me are all the aspects of a general definition of culture that speak to attitudes and behavior tf a particular social or ethnic group.  Performative aspects of hip hop culture exude themselves in the arts: from music to spoken word being poetry or freestyle and a certain linguistic characteristics.  It exudes itself in aesthetic signifiers in the clothing to the cars driven by purveyors of hip hop culture.  All of those cultural signifiers, for some, all feed into a milieu that ultimately informs the consciousness of the individual.  A perfect example of this is when in class I heard some of my friends quote Nas and Tupac the way others in the class quote Paul and his letter to the Ephesians.

I don’t want to paint with a broad brush hip hop culture.  I am more than aware of the nuances in which hip hop culture has existed within the larger American culture, and usually the mere mention of “hip hop culture” puts folk on edge and most persons already have opinions drawn when the subject is breached.  Aside from the generational gap in opinion that often exists when this subject is talked about, this subject often times falls in stark terms of black and white and rarely in the gray areas.  That is to say, it’s treated like a flashpoint issue such as abortion or gay rights–either you’re for or you’re against.

However, to not acknowledge the shades of gray that many blacks operate in the context of hip hop culture I think is bad scholarship and a result of a tragically myopic worldview. 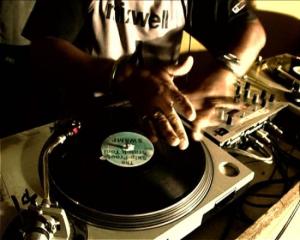 Let me be clear, I have a problem with individuals who disregard hip hop culture simply because of what they see on BET, or what they may see passing on 79th street on the South Side of Chicago, or based on what they may hear when they turn on the local hip hop and R&B station.  This is the commodification of hip hop in its purest form; this is the result of anti-intelligence of hip hop culture.  No longer are popular lyrics empowering the listener of a better day to come, of encouraging black love (not lust) or even of merely speaking a particular prophetic word of any kind to the listener.  No, lyrics these days are vapid at best, and merely speak to the nihilism of a subculture at worst.  The commodification of hip hop and its many anti-intelligent strands are what caused conservative critic John McWhorter to entitle his book All About The Beat: Why Hip Hop Can’t Save Black America.

And who can blame him for such a premise?

Yes, we have our hip hop apologists such as Michael Eric Dyson, Bakari Kitwana and even Cornel West to some extent, who I believe do a better job of resurrecting the higher elements within the musical productions of hip hop culture, but neither of these three men have at all excused the fact that the lyrics as we know it have diminished overall (despite a Drake or Kanye West) and above all the wanton misogyny in the lyrics and in the videos; the glorification of violence and drug use are all aspects that do more to hold us back as a people rather than propel us forward.  Now while these authors discuss those anti-intelligent aspects of hip hop, they don’t just leave it as such, but rather all of them take the time to discus the why and the how of these aspects of hip hop.

Most of them allow their argument to be situated as a result of both structural and institutional racism that allowed for a system of violence, drug use and misogyny to fester combined with a lack being able to take personal agency in a situation.  Personally, I think that’s a fair assessment.  To address one issue without the other is the myopic worldview and bad scholarship that I was talking about.  The conservative argument rests almost solely on the idea that it is up to the individual to change without giving any nod toward institutional differences that fall along racial lines. 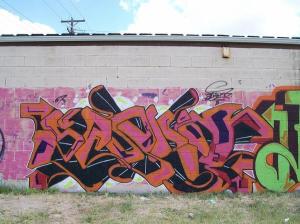 So the issue at hand is how do those of us who were born after 1968, (despite our nomenclature of Generation X, Generation Y, Millenials, Hip Hop Generation, post-Hip Hop Generation or what have you) we’re forced to have this rocky relationship with this hip hop culture.  If by aligning with hip hop culture are we tacitly okaying the misogyny?  Are we saying that the lyrics about gun violence is okay?  Do we automatically become Chris Brown supporters because we support hip hop?  Are we saying its okay the programming that’s on BET? Do the 22-inch rims and bright lime green Cutlasses appeal to us “whippin” through the ‘hood?  Do we think it’s okay to get pregnant at 18, unmarried with no job and no prospects?  Do we think it’s okay to sling out on the corner rather than find gainful employment?  Do we have a problem with “acting white” or do we always strive to “keep it real”?

These are all thoughts, and then some, that many of us blacks born after 1968 who choose to use both sides of our brain have to deal with.  No doubt some of those questions don’t even enter the minds of some, but I know I’m not alone when I raise the irksome conundrum  that is being young and black, living in these yet to be United States.

There are some young blacks who choose to equate black life and black culture as a whole with the affirmation of all of those questions.  As if to say that true blackness is the epitome of aligning oneself with a “yes” answer to those aformentioned questions.  The disavowal of those questions pushes past blackness into the marvelous light of “whiteness.”  I use quotes because the direct correlation of whiteness with intelligence is a tenuous one in the minds of some; but that intelligence however is anti-thetical to what it means to be authentically black. 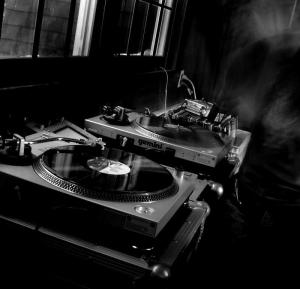 Blacks will always have an identity problem in this country because of our shared communal history with this country.  It’s nothing we can avoid. Yes, it goes back to slavery to be quite honest. Zionist Jews are allowed to collectively suffer and throw around the phrase  “anti-Semitism” but the moment certain progressives begin to tell of the collective suffering of blacks in this country we’re told essentially to get over it.

For the record, I’ll get over slavery when Jews get over the Holocaust.

What we, as blacks, need to understand is that just because I may wear an Ed Hardy tee-shirt, listen to Jay-Z, always have a new pair of gym shoes, rock fitted caps, may even have two or three girls I’m juggling, doesn’t mean that I can’t have a 3.8 GPA in college or that I’m unable to maintain a professional job after I graduate from said college.  We act as if black people a) are unable to walk and chew gum at the same time and b) aren’t even allowed to walk and chew gum at the same time.  We hear this line of thinking trotted out when we hear blacks engage in the HBCU versus traditionally white schools as though the standard is that which is not black.  As if to say black isn’t good enough.

Furthermore, I think it allows for a delusional experience as though blacks have a monopoly on misogyny against women, as though we’re the only ones who have teen pregnancies, as though we’re the only drug dealers–it’s sets up a dichotomy of inferiority where we relegate ourselves to the underclass!  We feel that we need to push past the “blackness” in order to succeed. When I see my fellow black brothers and sisters so easily discount part of black culture for the sake of “success” in a world still dominated by white, heterosexual males, I just wanna walk up and slap and say “WAKE THE HELL UP!”

I’m not here to be a waterboy on the sidelines of Hip Hop versus dominant culture merely fulfilling hip-hop’s very thirst for full affirmation, there are plenty of others who are more qualified for the job.  At best, I’m an observer in the stands wishing that hip hop wasn’t having to defend itself against dominant culture because of course, when hip hop is on the defensive so are our black youth.  We’ve too easily made the jump that black youth and young adults = supporters of all things hip hop.  This becomes problematic because a certain section of us have already learned how to operate in the gray areas, yet older black adults and churchy folk, along with broader culture have no problem painting us with a wide brush.

Without a doubt, some parts of hip hop culture are bad, with no redeeming value race aside.  We must address the deep-seated levels on nihilism that many of our young black men who are a part of the street culture encounter on a minute to minute and hour to hour basis.  We sit here in our ivory towers of scholarship and hide behind our computer screens unable to comprehend the life of some black males who can’t even see from morning to evening–a life’s future not determined on years and decades, but rather hours and minutes.  What are we really doing to inform their consciousness that there’s another way to live life?  What are we doing to address policies that are hell-bent on keeping these young black men as a permanent underclass without any hope of retribution.

It is our job, our task and our duty to humanity and to black culture to not engage in the typical us vs. them dialogue.  Essentially that’s what many of us are doing.  It’s easy to talk about “them” or to allow those of us to be “other” as though we have no moral or human ties to their existence either.

We will sacrifice our “them” for the sake of success as determined by dominant culture.

Perhaps the true nihilism is on the part of the “haves” who are ready to cut loose the “have nots” for the warped sense of moral authority and the ephemeral “greater good.”  Those of us who weren’t raised on food stamps, and didn’t have to dodge bullets to go to school, or who seized the opportunity to go to college act as if there’s nothing we can do about the situation of “the least of these.”  Maybe if we actually gave a damn, so would they.

Hmmm….now I see why some are so quick to call us sellouts.  Can you blame them? 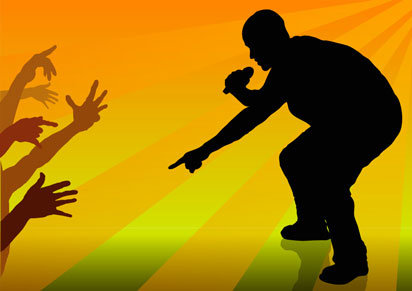 6 thoughts on “The (Anti-)Intelligence of The Hip Hop Culture”