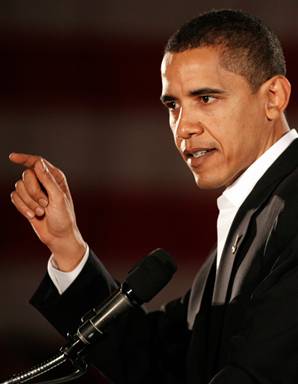 I had initially planned to write a blog entitled “The Crisis of Leadership” back almost a month ago to really examine just how President Barack Obama was handling the oil spill.  I remember listening to one of his press conferences around the time the conservative media was really pressing the connection of the candidacy of Joe Sestak to that of being offered a White House job and I was going to talk about how Obama needed to get control of that situation.

This was going to be the time I would speak about how I felt Obama should have been a face on the ground much sooner than the Memorial Day weekend that he went down there.  Essentially for me, I felt Obama had somewhat dropped the PR ball.  However, hindsight is 20/20 because who would have known that the oil spill would have lasted as long as it had.

But I missed that opportunity to write about that.

And since then Obama’s given two more press conferences, and we’ve seen oil executives hauled before House committees for Capitol Hill hearings, the Brits getting into an uproar feeling that Obama was maligning their beloved “BP” which is the biggest company in Great Britain and we’ve even heard an Oval Office speech from our esteemed president.  But, what finally made change the title of this blog was really Obama getting BP top executives to promise $20,000,000,000 in an escrow account to victims.

The Obama administration has reached a preliminary agreement with BP executives that would see the oil company pay $20 billion over several years into an independently controlled escrow account to be established to compensate Gulf of Mexico residents affected by the disastrous oil spill, and BP’s board of directors has eliminated the company’s stock dividend, at least temporarily.

The agreement on the escrow account was negotiated in a meeting at the White House on Wednesday morning, the first face-to-face gathering between President Obama and senior BP leadership. A White House official said that, under the terms of the deal, the fund would be administered by attorney Kenneth Feinberg, currently serving as the special master for executive pay under the Troubled Asset Relief Program. Feinberg ran a fund that compensated victims of the terrorist attacks of Sept. 11, 2001.

It’s my understanding, from my business acumen, that BP is a “for-profit” company and that essentially their job is to maximize their profit at all costs and to provide the largest dividends to their shareholders possible.  This deal cut by the WH and BP top execs also results in dividends not being paid out.

Yes, it’s a slap in the face of the “small people” who are surviving off of $30-50,000 a year and the missing of one or two paychecks puts in them in the poorhouse, and this company is measuring yearly profits in the billions of dollars. But what really is irking me on this one is the opposition, or shall I say the conservative voices.

First we had Republican nominee for the U.S. Senate Rand Paul suggest that Obama was being “un-American” when this whole oil leak started gaining major traction and we all began to really wonder when will it end.

Then we heard the rat pack of conservative media Glenn Beck, Sean Hannity and Rush Limbaugh call for Obama’s head by simply saying what they’ve always been saying: that’s he’s inept and essentially not qualified to handle a situation like this and what the government needed to do to step in and what not.

Yes, these windbag conservatives were saying what the federal government’s response should be.

What was even scarier was to listen to the rhetoric of these loofthwarts as they sidestepped at great cost to their arguments trying to shuffle any direct blame onto BP.  Whatever it was, they placed blame on the Obama administration from governmental regulations to trying to say Obama was covering his tracks when he so-say fired the former head of the Mineral Management Service–never saying that BP dropped the ball here with their drilling practices and oversights and corner-cutting techniques.

Then some said Obama wasn’t being tough enough toward BP and finding someone responsible since it was clear that the federal government and specifically the Obama administration wasn’t in possession of some magic butt-plug that they just drop into the pipeline.  So Obama dropped the phrase “…so I know who’s ass to kick” in an interview with NBC’s Matt Lauer.

Then they said that was too much.

The general conservative malaise toward reprimanding BP (no doubt fueled by Tea Party mentality if I can add) was so prevalent that just yesterday, Texas Republican Joe Barton apologized to the BP CEO Tony Hayward at the House energy committee meeting saying that the $20 billion was a “shakedown” by the Obama administration.

Even his own party members made him apologize for his apology.

And now the conservative pundits are having a field day with this $20 billion in victims funds.  They’re saying that this is evidence that the Obama administration has gone too far and overstepping their boundaries, and that even one Fox News article is essentially suggesting that the victims file a group action lawsuit. Really? Do you know how long that litigation would take and how many folks would be bankrupt by the time they’d see any money? This is in the face of opinion polls that still say the vast majority of the American public feel that Obama is not being tough enough with the spill.

So how is this all pointing to the genius of Obama?

First of all I think Obama made up in his mind he was just gonna have fun with this whole oil spill thing because handed handed us a line of B.S. according to fact checker websites when he spoke from the Oval Office.

Secondly, the genius of Obama came out when some tore apart his address that night saying he spoke at a tenth grade level and failed to really connect with the American public.

The true genius of Obama is that he still has his job.  Or maybe that’s just the genius of all the men that have held his position, all of them maintained their job in the face of severe opposition.  And Obama has still another solid 12 month calendar year to go before he begins his campaign process for re-election begins.  I think the calls of comparing him to Jimmy Carter are a bit premature, I think I’d entertain that argument going into the campaign season.  Moreover, Carter’s presidency will always be known for the Iran hostage situation, that anyone with half a brain would recognize that some serious backroom dealings with the GOP’ers went down arranging for the hostage to end as soon as Reagan was elected.

Additionally, Carter was running against an Obama-esque character in the charismatic form of Ronald Reagan.  Not unless the GOP is able to find a charismatic candidate, their pool does not have the same charm that Obama is going to still have when he begins the campaign process again.

Moreover, the guy is a smooth talker.

Even if he’s giving us B.S. like he did with his Oval Office address, he sounds good doing it.  The problem the GOP has is that their rhetoric comes off as classless and just downright tacky.

What’s resulted is that Obama is damned if he does something and then damned if he doesn’t.  The genius behind being in that position is that he can do what he wants, when he wants and how he wants, and we’re powerless to stop him.