Skip to content
Posted on March 29, 2010 by the uppity negro 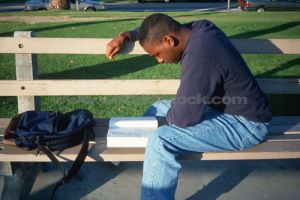 I think I’m going to start a new series, not that I’ve been super successful with my others, but alas, here goes.

I know it’s pretty doom and gloom to write about the “lack thereof” particularly in the black communities of this country, or even various other cultural observances, but I do believe that if we never recognise the lack, or even recognize the absence as a lack that needs to be addressed then we’re doomed from the start.  So, for this inaugural post, I’d like to discuss the broad topic of sustainable black intellectual communities.

This has been one of my new talking points obsessions.  You know the type of thing you’re really feeling at the time that you find away to insert your various key phrases into a conversation.  At one time, it was me using the word “anti-intellectualism” another time I was referring the the “barbershop knowledge” that far to many blacks relied on for real factual information, and now I’m just going to refer to “the lack of sustainable intellectual communities in the black community.”

Now, I’ve more or less been against this anti-intellectualism from the beginning.  Once I developed my blogging voice, and as Rippa from Intersection of Madness and Reality pointed out to me on a Twitter DM, that I was indeed a writer and not necessarily a blogger, that I began to flesh out the fallacies that many of live in in the context of black communal life.

Stick with me, I’m going somewhere.

Fact of the matter is that in the black community, we’re not all that tolerant of the other.

We think we are because we so clearly identify with the Democratic National Party and many of their social ideals, but as I remembered a story posted on the FreshXpress last year, many of us will only go so far, particularly on issues of religion.  And this is my point of departure. 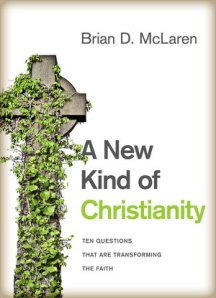 Brian McLaren, a name I’m sure most of my black readers have never heard of, who self-identifies as an evangelical has recently published a book entitled A New Kind of Christianity that has rocked the world of evangelical theology, specifically those who are members of the Southern Baptist fellowship.  You can read the full story as NPR covered it here, but just for excerpts sake here’s some food for thou

Consider the core evangelical belief that only Christians are going to heaven and everyone else is doomed. That may have rung true for his grandparents’ generation, he says, but not now.

McLaren is onto something here, says David Campbell, a professor at Notre Dame and co-author of American Grace: How Religion Is Reshaping Our Civic and Political Lives. His surveys show that nearly two-thirds of evangelicals under age 35 believe non-Christians can go to heaven, but only 39 percent of those over age 65 believe that. That’s because young evangelicals have grown up in a religiously plural society.

“And, it’s really hard to condemn someone to eternal damnation on the basis of their religion when you know them well and have come to love them,” he says.

Campbell adds that young believers are more flexible about Christian doctrine in general.

“We also know that — particularly within the evangelical community — the younger you are, the less likely you are to take the Bible literally, to believe that the Bible is the inerrant ‘word of God,’ as compared to a book of moral precepts,” he says.

Surveys by Campbell and others show young evangelicals differ from their elders in a lot of ways. They pray less often, read the Bible and go to church less often. And they’re more open to culture and social issues, such as evolution and gay rights.

Well, I guess because I fall into the younger crowd, this makes perfect sense to me.  But let the record show, the majority of my peers, my age, who are church goers, would probably disagree with me.  Why? Because they’re black and Christian.

Is it as simple as that Uppity?

Yes, to me it is.  Do you know why? Here’s the reason why, Brian McLaren is white and in the white religious community, religion is not solely Christianity. Fact of the matter is that white folk read more than us-folk. Not only do they read more, they read actual books.  Trust me, McLaren’s book is going to do just fine. Whether the white folks read it just to disagree with it or to actually embrace new thought patterns, they’ll read it.

What do black folk read?

If we pick up a book…

..we’re going to read Purpose Driven Life by Rick Warren, or we’ll read some other books that have probably been ghostwritten with the names like T.D. Jakes or Eddie Long slapped on the cover page.  Or even the Chicken Noodle Soup series, which yes, may have bits and pieces that help us in some weird day-to-day occurrences, but seriously, we’re not reading for the sake of intellectualism, but merely reading to satisfy our own personal musings and to shore up our own core beliefs.

This goes not just for laypersons but also clergy as well.  Black clergy seem to be enthralled by books that speak about dynamic leadership and church growth and about how to take a ministry to “the next level.”  We wouldn’t ordinarily pick up the book by Malcolm Gladwell entitled Outlier and discover that yes, talent and some amount of charisma is necessary for fame, but that coincidence, maximizing opportunities and actually sheer dumb luck actually play heavily into the equation.

Especially in the South, there isn’t much atmosphere to engage in core theological disagreements.  The idolatry of the biblical text is far to great, in my opinion, to have any sustainable intellectual conversation. Somehow one’s argument must begin and end with the Bible. Yes, in my post-biblical approach at times, it comes off as heretical. My close friends are used to it, but at times in class, I really want to speak out, but I know the response I’ll get: none. It’s highly frustrating to suggest an idea and sometimes not even the professor will engage the thought-process, let alone the other students.  I think the frustration is compounded because in the white Christian religious circles, such thoughts have a much better chance of finding some traction versus that of the black Christian religious community.

One white, one black.

Bishop Pearson had to convert to New Thought in order to still have a following, because the black religious community has given him a resounding HELL NO to his “gospel of inclusion.”

As I’ve said before, not just on the issues of core Christian theology, but black Christians have miles to go in order to provide an atmosphere that is conducive to having real dialogue.  Too many Christians are too arrogant and fail to see that the biblical text isn’t authoritative for everyone. Which means they’ll use Scripture to justify a response, while the other party is trying to figure out how by quoting the Bible makes them right?

If I never say it again, let me reiterate: our idolatry of the biblical text will be the downfall of humanity.  Enough white religious communities are able to poke some holes in the biblical text and deal with the tension that the various voices of the Bible speaks from, but blacks….smh….right along with the evangelicals most certainly believe in the infallibility of the Bible, and far too many believe in the inerrancy of the text.  At this point, if I were having a conversation with someone who believed in the inerrancy of scripture I’d have to change the topic.

I personally think it’s quite simple on how to rectify this problem: pick up a damn book and read!  And read something other than damn Purpose Driven Life or Chicken Noodle Soup for the Soul. Granted white liberalism is a foreign language to black liberalism, it’s probably nothing more than a dialectical difference after all is said and done.  The topics are not so foreign that one cannot grasp it.

At this point, I’m not even attempting to try and change anything. I doubt I’d see that in my life time, but in an age when denominational churches need to seriously think their existence in the next 100 years, we need to at least be having the conversation.  We need to be having the conversation that engages postmodern, and most certainly postcolonial thought. No those words need not scare you, but feel free to look them up and learn something–don’t run away from new ideas.

I think black intellectualism exists, but it exists on an individual level.  It’s not easy to find a community of them that meet on a regular basis.  And I would dare say that if they are members of a church, they’re intellectualism is only going to go so far and probably exist well within modern thought.  Cornel West is truly and exception.  And I will say this, what are the progressive thinkers of the previous generation doing to foster new thought and new ideas in the younger generation.  Seriously, creating mini-mes is not what’s up.

Black culture is still caught up in the “gotta pay your dues” which is really nepotism and brown-nosing 101 masquerading as a meritocracy.  If I’m under 30, and I think the way I think, I am fully persuaded that there are others who think just like me or at least have the wherewithal to engage my ideas on a certain level.  But, the old guard has said HELL NO, you must do it a certain way in order to be taken seriously.  Honestly, as me and The Critical Cleric bemoaned last night that after eight full years of schooling post-high school, I’m tired of listening to someone else and reading other books–when is it my time to write and publish. And the prospect of having to play the politicking game at the doctoral level, and then get on at an institution, and then wait for tenure just to publish what you want to publish and do what you want to do sounds absolutely ludicrous.

This was clearly a rant and ramble.  Have fun in the comment section if you must.

(And yes, I’m aware I talked about all this from a very male perspective, I did so because why? I’m a male. ‘Nuff said.)