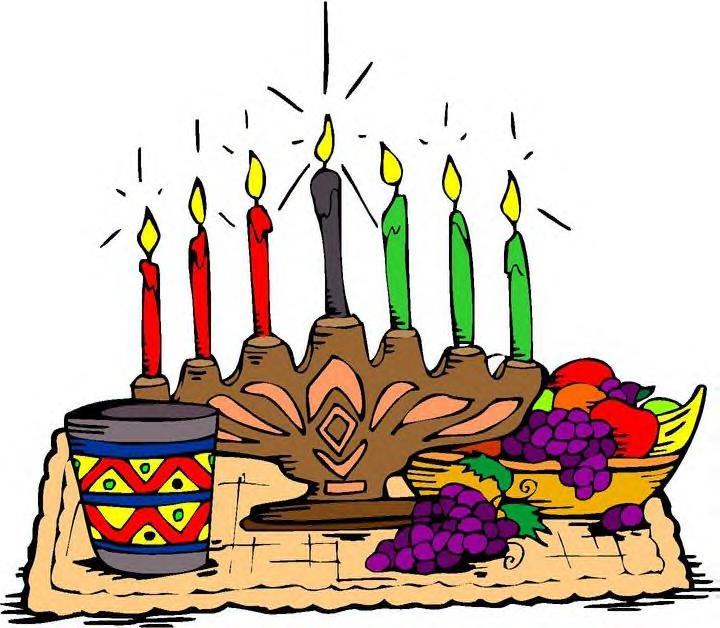 Editor’s note: I had long since promised to do a blog per day for Kwanzaa to highlight each of the seven principals of the African American cultural holiday, perhaps this year I’ll at least get some of them done.  And actually, if I were to post a new blog for seven days straight, that would be a new personal milestone for me because I’ve never published that consistently.  Especially with my laptop out of commission and using my mothers, well, you know how that could go.  That being said, let’s get to work.

Kwanzaa basics are that it was started in 1966 in the height of the Black Power movement by Maulana Karenga who created it out of a sense of deep cultural pride for his people.  He grabbed the name from the East African (Kenya) language of Swahili which means first fruits.  There are the nguzo saba, the seven principals, celebrated one per day from December 26 through January 1st.  The seven principals are Umoja which is unity; Kujichagulia which is self-determination; Ujima which is collective work and responsibility; Ujamaa which is cooperative economics; Nia which is purpose; Kuumba which is creativity and Imani which is faith.  Traditionally, using a proverb native to the continent of Africa that “children are the reward of life” children are to receive a small educational zawadi, which is present, each night and there is to be an ear of corn on the mkeke which is the mat to represent each child.  The kernel on the ear of the corn represents the innumerable generations expected to come from each child.

Now Kwanzaa has become the butt of every black comedians’ holiday routine.

Frankly, as I see it, I just don’t get it.  It’s one thing to not celebrate Kwanzaa for various traditional reasons, but I just don’t get why we as black people have to poke fun at it.  As Africans living in America, there isn’t much that we have that is our own lock, stock and barrel. Yes, the Black Church as an institution is that is “unbought and unbossed” but generally each historically black denomination has borrowed some form of Euro-centric ecclesiatical model with which to structure said denomination.  Yes, we have added much negritude to many adopted American cultural motifs that and have made them uniquely ours, but still, I think many blacks would be hard-pressed to come up with anything that is culturally unique to African Americans.  I would charge that what we may call and claim as our own is probably some bastardized version of what was already being done in America–it was our way of assimilating and claiming our own stake as Americans.

As far as the holidays, most of us claim the tree, the presents and the high commericialization as “our own” just because we’ve been doing it in our families as long as we can remember, but in actuality, we’re doing it because larger America is doing it and we don’t want to be left out.

Which leads to me ponder why is it when someone has the novel idea to create something for us, that we balk so grandly.  Is it because Karenga has a checkered past that resulted in his felony conviction?  Was it because he has rejected Christianity and adopted his form of secular humanism?–and you know you can’t mess with black folks and they Jesus.  Or is it the fact that we’re so American that we don’t even realise it?

Especially for those of us in this post-modern generation, and as products of a post-hip hop era, if something is not marketed on television vis-a-vis MTV, VH1 or BET or our local hip-hop radio stations, we’re not going to buy into it.  Kwanzaa has never seen mass market appeal, but rather it has stayed comfortably in the realm of Pan-African obscurity.  I’ll go even further and insult my Down South bretheren and sisteren, by saying that outside of Atlanta, for the most part Kwanzaa is still mostly in the North and in California.  I’ll mention Kwanzaa to my friends down South and that’s about as far as the conversation goes.  There is a passing awareness of its existence, but it provides nothing more than a topic to make the conversation light and maybe even crack a joke on the various pronunciations of Kujichagulia.

We are more American than give ourselves credit for.

That’s not the end of the world, it’s really not.  We’re just as American as our next door neighbor be they the same color as us or not, but still, I’ll admit I’m quite saddened by the way we have treated Kwanzaa as blacks in this country. Me and Scratch (twitter @VeeIsAnimated) of Scritch and Scratch blog had a back and forth on the issue and they highlighted that 1) they didn’t see the need for an alternative and 2) they didn’t recognize it as a holy day.  To which I think many people view Kwanzaa as such.  My response to those reasons is that Kwanzaa never sought to serve as an alternative to Christmas, which is why it starts the day after Christmas.  And by the same token, it never attempted to be a holy day–it’s a cultural holiday.

Black folk nuff wear green and put on a “Kiss Me, I’m Irish” button for St. Patrick’s Day, but would find it much harder to say “Habari Gani?” (what’s the news) to each other during Christmas. 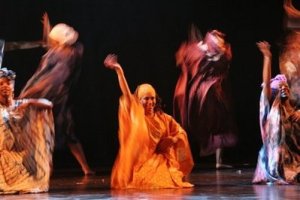 I think another barrier that Kwanzaa faces is that it forces its celebrants to be Pan-Africanists.  If for no other reason by the fact that one must speak in a different language when it comes to the pronunciations of the principals, and it puts us in a different mindset as we talk about the principals.  Especially for those of us who attend Kwanzaa celebrations at various community places such as our local YMCA’s, community hall’s and local community colleges.  So this becomes the time when we see women dress up in kente cloth and do “traditional African dance” making noises with their mouths.  Male drumming troupes accompany the dancer with men with locs in their hair and long beards and we think they’d look better posted up somewhere on east 79th street here in Chicago.

And your average black person here in America probably feels that the opening scenes of “Coming To America” are the only cultural relevance that we have to what we’re witnessing.

My hope is that we as blacks here in this country don’t demean or disown that which is culturally ours.  This was a celebration designed to celebrate us and celebrate the various facets of us.  Even for our family that’s been celebrating it my whole remembered life, my mother put a twist on it and Christianized it.  For each of the recitations per day, my mother added “With God’s help…”  And the church with my current affiliation has a big Kwanzaa program on Nia which celebrates it.

We need to move to a point as blacks where we aren’t as culturally narrow minded and remain ignorant for the sake of the masses.  Our tunnel vision is going to lead to our own demise.  This myopia rears its ugly head when we so quickly denounce a Tiger Woods without thinking critically, or put Jesse Jackson in a box because of a few soundbytes and we don’t know the full picture, or even just the general haterade we shoot toward Oprah.  I mean have any of you visited some of these black political blogs or even worse some of these man-hating blogs written by black women and just the general tenor of comments–what we have is black community that cannot handle dissenting or opposing opinions.  We fall into our own set ways and we have a hard time listening to diverging opinions.  We suffer from severe groupthink fueled by barbershop and beautyshop knowledge; yes a valid worldview, but most certainly not the only one.

I hope this year we, as a people definitely make the decision to be open-minded enough to embrace and understand another facet of our culture because it is a part of our culture–we just didn’t know it.

Do you or anyone you know celebrate Kwanzaa? Why do you or why do you not celebrate Kwanzaa?  For those who say they don’t, why haven’t you been able to identify with Kwanzaa enough to celebrate it and do you encourage others to do so even if you don’t?  Do you think Kwanzaa is a waste?

One thought on “Kwanzaa Reflections I: Getting Ready For Kwanzaa”