Skip to content
Posted on November 1, 2009 by the uppity negro 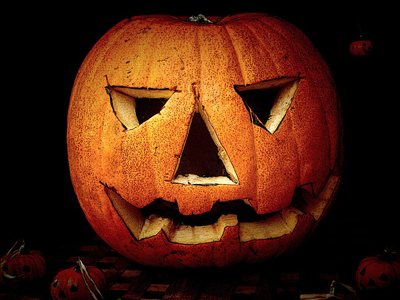 So it just hit me randomly this year that we, as self-professed American Christians really do worship the religion of Americanity rather than being true Followers of the Way.  That is to say, we’ll follow what American capitalism says, dress it up in Christianity and the Bible and be okay with that.  Here’s an example:  we clearly associate God’s blessings with materialism.  We recognize that God has blessed us when we receive a promotion, a new car, a new or bigger house or whenever our societal standings move upwards we thank God.

That’s problematic for me.

I believe we place our spirituality on the wrong things.

Which brings me to the business of Halloween.

As this date, November 1st has marked the beginning of the new holiday shopping season, we still here the traditional church and religious murmuring about how Halloween is of the devil and many churches opt for a “Hallelujah Fest” rather than a “Halloween Party.”  This is to offer a “safe alternative” to trick or treating or other Halloween parties.  I grew up in a family that didn’t celebrate Halloween, so much to the fact (and I doubt my mother remembers this) that I wasn’t allowed to go to my grammar school’s annual roller skating party because it was essentially a Halloween party–but my parents did let me go my 6th grade year which was my final year at that school.

What puzzles me is that these same Christians and church folk who complain about secularization or rather the commericialization of Christmas have only two months prior spiritualized a secular holiday.

Lemme break it down to you.

These same Christians do all kinds of research about All Hallow’s Eve and the true history of Halloween and try and find all types of underworld and netherworldly connections associated with a date that had more to do with agriculture and seasons changing than anything else, but then preach Jesus was born on December 25th in a manger failing to do the historical homework on Christmas.  I mean just Wikipedia Christmas and you’ll see the plethora of meanings behind the date “December 25th.”

I say all that to say, Christians need to let Halloween be Halloween.  It’s not harming anyone, particularly us in the black community.  You don’t really hear about “us folk” running off to be Wiccans or joining some weird satanic cult that still believes in human sacrifices and what not.  I mean given what comes on the evening news, I doubt letting the church group of high schoolers go to a Six Flags “Fright Fest” is going to suddenly “send the wrong message.”  If nothing else, sitting around with flashlights and jack-o-laterns telling ghost stories about the “Headless horsemen” and the “Ghost at West End Lake” probably do more for stimulating a child’s imagination than anything else.  What sends the wrong message is the fact that churches still have parties around Halloween which ultimately mean that churches are turning over their monies to the god of Capitalism because parents are going to still buy costumes, just not the ghosties and goulies, and churches are going to still buy tons and tons of candy.

So what message are you really sending?

Why waste time spiritualizing the secularism of Halloween?  It really doesn’t need it, especially since we still practice the hedonism of both Halloween by throwing our Hallelujah Parties and don’t think we’re going to ever cancel Christmas.  I mean, year after year churches decry the commercialization of Christmas–FOR REAL?  I think it’s just good church hype so pastors and preachers can have a sermon topic.  Seriously, since the creation of Rudolph the Red Nosed Reindeer in the 1930’sand particularly following the consumerism of this country post-World War II, Christians have been fighting a losing battle on that front.  It isn’t getting worse, but it certainly isn’t getting to be a smaller problem.  I mean, Christians are quite aware of the significance of Christmas–and Halloween–we need not hear tirades from the pulpits about it either.

So as we go into the holiday season of 2009, let’s be aware of what message we’re really sending.  Are we celebrating the birth of a man who was so radical that his mere existence dominated religious thought 2,000 years after his death or are we really using this as another excuse to offer up our money as sacrifices to the twin gods of Consumerism and Capitalism?  Are our mouths saying one thing but our actions saying yet something else.

7 thoughts on “Spiritualizing the Secular: An Open Letter to the Clergy of America”