Skip to content
Posted on September 2, 2009 by the uppity negro 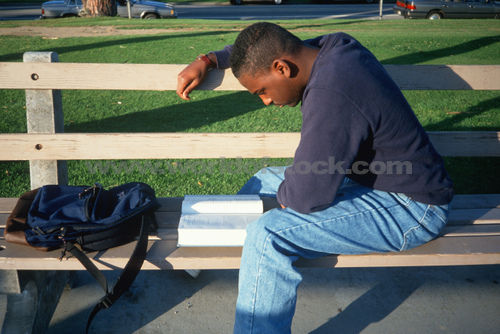 So, today was more or less the inaugural day of what I plan to be my last year of seminary.

That being said, I’ve been dealing with some serious anxieties around it.  This time of year is always a bit melancholy for me out of the simple fact that I was, and of course still am, directly affected by Hurricane Katrina.

The singular event of Hurricane Katrina on August 29, 2005 is the premier life-changing event of my life.  Four years later my life is talked about in similar ways we divide chronological history of B.C. (Before Christ) or B.C.E. (Before Common Era) and A.D. (Anno Domini) or C.E. (Common Era); I always now talk about my life as “before Katrina” and “after Katrina.”  Often times as humans we are shaped by singular life changing events.  For some people they speak of life by saying “before I got sick” or “after my sickness” or even the sickness of a relative or close friend.  And most certainly death causes most to say “before mama died” or “after daddy passed” as a marker of time, emotion and psychological state.

This combined with the fact that my entire, and I do mean my entire network of friends from school that I had established meaningful relationships and friendships with have moved on from my school has not helped the situation.  Even though some are in the city and I still have some friends that live in Atlanta, there was something to be said about being able to go knock on the door of your good friend down the hall in the dorm room.  Or easily being able to go out with them after a long day to the sports bar for some hot wings and some drinks.

I don’t have that option any more.

I mean, I knew it was coming.  I really lost it at the baccalaureate service earlier this year in April because it hit me all of a sudden as I was meandering around the reception downstairs from the sanctuary, and my choir director looked me dead in the face and said “What’s wrong?” and I burst into tears and blubbered out “Everyone’s leaving me.”

I had anxieties about this year because last year, after I had moved into my room and began to settle into the fact that I was a senior, that the school’s chapter of National Association of Black Accountants had named me president, by default, but president nonetheless, (an organizational office I had never held until that day and still haven’t until this day) and things were looking up–then Katrina happened. Seriously, this whole summer I had been nervous wondering what weird ol’ calamity would make it’s way toward me and fuck up my fourth and last year here in seminary.

Just a lot of anxieties.

As it stands now, I have no job, just some left over money, I owe my dad $200 of it, so….dad, the check’s in the mail, for real…and no TV because when I went shopping for the digital converter, no one had one and the el cheapo one from Target didn’t work, so I took it back and I refused to buy another one, and apparently neither has anyone else because those jokers were in full stock, but the slightly more expensive brand was sold out.  I checked out Best Buy and they too were out of stock.  So I guess whenever I get a check from someone I’ll go make that purchase, until then, no TV.   Which means I’m going to be out of the loop on a LOT of stuff.  I mean at least I always watch the local news whether I had cable or not.

I have a few posts from this summer I’ve just never dropped, for some weird reason, so I’ma get those formatted and dropped.  But, if it seems as though I’m slowing down on the posts, I am, so don’t be weary.  I still promise to get the book reviews out at some point or the other, lol.

So those of you that pray, keep me lifted up because I have application processes to contend with this fall as far as post-graduate programs and of course having to do the personal statements and reasons for going forward past this degree.   Everyone says I’m qualified for it, but ya know how doubt and nerves set in and sometimes in the middle of the night–like right now–it just seems so overwhelming and burdensome.  I’m sure in the morning I’ll feel a bit better–and hopefully the Atlanta weather will start cooperating.

And for those of you that believe in sending positive energy, send some my way, I sure could use it.

4 thoughts on “Start of A New Year: Dealing With Anxieties”