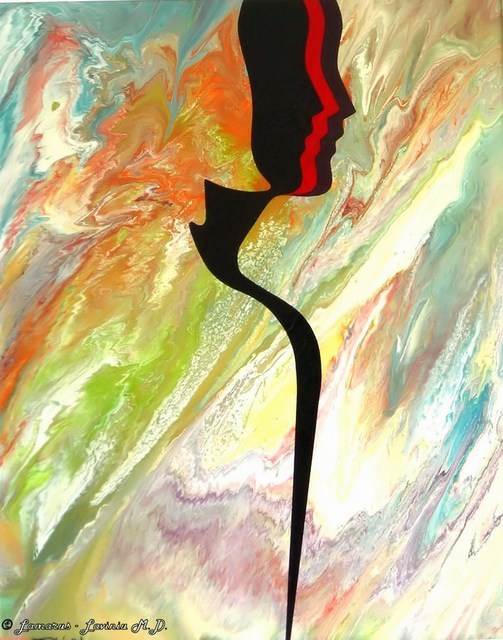 I’ve been being rude for this year and a half I’ve had this blog.  I’ve only met you meet the uppity Negro and have neglected to fully introduce you all to the other two.

I disagreed with some of Sigmund Freud’s writings when I read his main book back in high school for this class at University of Chicago, something about his idea of the conscious (super-ego), subconscious (ego) and the Id resonated with me.  I guess I fully realized this because of Freud’s analysis of dreams.

I every once in a blue moon have some weird dreams.

Usually, what I don’t like about these dreams is that I’m vastly out of control.  There’s always something random that happens in these dreams that I don’t control.  Even a fight will break out and I’ll be the one running away from the fight.  Everytime I’m driving a car the brakes on the car do something weird and I can’t ever stop.  I’ve been hit by trains before.  Just last night I was in some railyard near a gas station (WTF) on the highway trying to get somewhere but there was like eight inches of VERY thick mud everywhere that people were walking through as if this were normal.   Then I was in said railyard and some people were having a picnic that I knew and all of a sudden there seemed to be a train backing into the rail yard too fast and that the boxcars were going to tip over.  Instead of tipping over into the picnic they were diverted and went on a track that encircled the rail yard and had me cut off from the rest of the people.

I think this is where Angry Negro resides.

Uppity Negro is the one who believes in confronting issues, particularly those in the flashpoints of race, religion and politics in the field of pop culture, and doesn’t have a problem saying so.  You all have met him on numerous occasions.  In fact, it is the Uppity Negro who has written every single one of these blog posts that you have read.  This would probably be what Freud would call the conscious mind.  Uppity Negro is the one who feels confident, more or less, and wields the most power of the three.

Then on the other hand is Angry Negro.

Angry Negro knows he’s repressed and powerless to fight.  I seriously think my dreams are a result of some inner conflicts and issues that I have buried and feel powerless to confront.  I mean why else in my own dream would I not just snap my fingers and change the situation in my favor–as they always say in the sit-coms, “This is my dream, do as I say!”  The Angry Negro, aka Frustrated Negro gets angry because of his frustrations with life and it’s vicissitudes.  It’s hard going day in and day out and deep down you feel punked.

Real talk, I think black men live a punked existence; our lives are put on display like some bad Ashton Kutcher rerun of “Punk’d” where the egg is constantly on our face and America laughs at the expense of our embarrassment.  Instead of Ashton and his gang jumping out of the bushes laughing “You’ve been punked” instead we appear on the nightly news as the perpetrators of crimes or better yet our misfortune becomes fodder for the likes of Bill O’Reilly, Sean Hannity, Glenn Beck and the ilk of Karl Rove, Newt Gingrich and the like.

I think the Uppity Negro has suppressed the Angry Negro in favor of an operable existence that isn’t fraught with perhaps the stresses of being known as the angry one all the time.  Seriously, being marked as “angry” has never been positive by society.  Angry, dare say “mad” people are considered on the brink by most people and on the edge.  The Angry Negro would run the risk of making us one of the black men you see on the nightly news carted away in handcuffs.

And then there’s Militant Negro.

But then again, I wish I could meet the Militant Negro.  Why?  Because the Militant Negro seems to know how to get business done.  I mean, it’s getting a bit old to me having to just sit around and look at all what’s wrong in the world and even what’s wrong with me and feel a bit powerless to change anything.  Or maybe its just the Quarter-Life Crisis that I’m embarking on that’s causing all of this angst.  I mean, watching FoxNews clips of Bill O’Reilly and Marc Lamont Hill (I still have not figured out why Hill goes on Fox, but hell, he’s get a check I can’t hate) and now even that fool of an American Tom Tancredo going on Rick Sanchez’s CNN show, right the Cuban American news host, saying that Judge Sonia Sotomayor’s association with La Raza, which is nothing more than the KKK without nooses and hoods.

I could feel my heartbeat increase, my eyes begin to roll, and I could hear the blood in my ears.  Either I was about to have one my patented anxiety attacks that Uppity Negro gets on occasion, or at best, Angry Negro was rearing its ugly head.

Nonetheless, I guess none of us want to meet our “third half.”  Pop psychology would usually divide us into two: good side vs. the bad or dark side, but maybe, using Freudian lenses, there are three of us.

Or maybe I just need to get some and call it a day.