Here’s another guest post in which I can rest, kick my feet back relax and not rack my brain for a few days and focus on frigging CHURCH HISTORY **pulling hair out just thinking about it** on my Saturday mornings.  So here’s Uppity Friend and her latest installment.

So I guess you know already know how I feel about it, huh?

The idea is this: in urban school districts across the country (ones in New York, DC and Chicago, among others), public school kids are being paid for getting good grades and scoring highly on standardized tests.  Private investors are giving kids anywhere from $25 to upwards of thousands of dollars (or even cars) for their academic performance.

Now I’m well aware that there is, to quote Robert M. Franklin, “a crisis in the village” in regards to the education our kids receive, and a host of other issues.  But I just don’t think that paying kids for academic performance is a way to relieve the crisis.

“But it’s an incentive! Parents pay their kids to get good grades all the time,” you say, and you’d be right.  Middle class families often offer their kids $50, or whatever, per “A” to ensure that little Jane and John go that extra mile and bring home a glowing report card.  It’s been going on since, well, there were report cards, I guess.

But middle class kids aren’t the target demographic of this incentive program.  It’s the “marginal” kids, meaning black and Latino kids in the inner city who are underperforming and/or not attending school.  We’re not asking Jane and John from Libertyville to make those good “Bs” excellent “As” in exchange for a little extra cash. No, we’re asking Jane and John from Englewood [Editor’s note: South Side neighborhood in Chicago] to turn those funky “Fs” into mediocre “Cs”, that lousy 3 stanine into an above average 6, and that atrocious attendance record into something that looks acceptable for a few duckets.

I don’t think you can treat two fundamentally different diseases with the same medicine.  You may be able to ask kids who already value education to value it more, but you can’t ask kids who don’t believe in a system to believe in it for few hundred dollars now and a couple thousand for college, especially if they’re not sure they’re going to college anyway.

What is the goal of these programs? If it’s to make kids attend school, then you may get results for a while.  Kids who were truant may decide that it’s worth their time to show up more often if they’re going to get a paycheck.  But what happens when they realize there’s a bigger paycheck to be earned elsewhere? I know a few jobs that young people in the inner city can get to earn way more than $250.  Don’t you?

And if the goal is to foster an interest in education, well, I still think the leaders of this program are going about this in the wrong way.  I’d argue that the difference between middle class kids who earn money for their grades and low income kids who do the same is that middle class children are taught to value education from a young age in primary ways that make the cash/gift incentives they receive secondary. 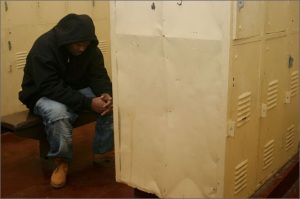 What I mean is, middle class kids know that you should go to school because there’s something that you gain from going there that translates into a better life down the road.  If you grew up in a setting that included educated parents, educated family members and educated community members who, because of their education, had carved out good lives for themselves, you’d know that the value of education is what it helps you achieve in the long term.  You would see that education can sometimes be its own reward, and that the extra $50 you get for good grades is icing on the cake.  But if you grow up in a place where no one is educated, and you are poor, and you don’t have access to a good education, and education doesn’t seem like a solution to any of your problems, what use do you have for school?  Those kids are the ones that this program is aimed at.  And if it succeeds, it will do so because kids have bought into the “get money” culture that we’ve glorified for way too long. 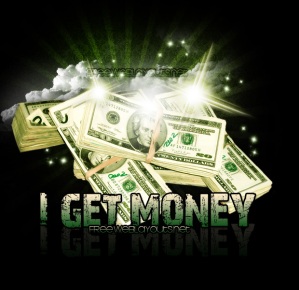 Drug dealers “get money”, ballers “get money” and they do it quickly.  So why not go to school and “get money”? I’ll tell you why: BECAUSE NOT EVERYTHING YOU DO SHOULD BE FOR MONEY!  Sometimes, doing something that’s beneficial to your mind and sprit is its own reward. And if we teach kids that they must be instantly gratified for everything, even attending school and placing high regard on their education, then we’re making them believe that the only things worth doing are one that we “get money” for.  That’s what they teach on BET.  And I don’t think kids’ worldviews should be informed by BET.  But that’s another blog…

The part of this program that gives the kids money for college, I’m down with that. Word bond. The cost of college is atrocious, and I’m all for giving kids access to higher education who may not have it because of the economic status of their families.  That’s nice. I’d donate to that cause. But you know who I really want to give cash incentives to? Parents.  That’s right, you heard me, mama and daddy.  Pay them for going to open house. Pay them for helping out at the school.  Pay them for picking up the kids’ report card.  Pay them for having the good sense to agree to diagnostic testing that shows their kids have a learning disability, then pay them for helping that kid with a disability study and do the best they damn well can in school.  Maybe parents need an incentive.  I’ve seen a few lazy parents, and trust, they aren’t motivated to “parent for the sheer joy of parenting”.  Hell, some of them aren’t motivated to do anything.  At all.  So if money talks, and people listen, tell your cash to talk to these parents and maybe they can work out a deal.  Cuz, I have a feeling that for every “lazy” kid out there who isn’t doing well in school and needs to be given an “incentive”, there’s a family that’s not doing all they can to encourage the child to do their best

Personally, I do disagree with Uppity Friend if paying money means that John and Jane, or should I drive the point home more and say Jaekwon and Roumeshia, will do better because they have money in their pocket, then be my guest. I personally don’t believe that if it suceeds it will be because “they have bought into the ‘get money’ culture” nor do I think that these few schools will be contributing that much more to the idea of instant gratification.  There are plenty other sources in this society to feed into that ideology.  And at the end of the day, given everything else is a constant (teachers teaching well, books and other resources etc.) the kids will be educated.

Worse thing is that this will not work and the donors’ money will cease and we go back to the clearly broken-ass system that’s in place.  Clearly there’s a crisis in the village and I see nothing wrong with trying some radical plans.

Well, you see where both of us stand on this issue.  I’d love to hear from you and I’m sure Uppity Friend would love to read your comments as well.

6 thoughts on “UNN Guest Post: Why Paying Kids to Perform Well in School is a Dumb Idea”