Skip to content
Posted on August 29, 2008 by the uppity negro 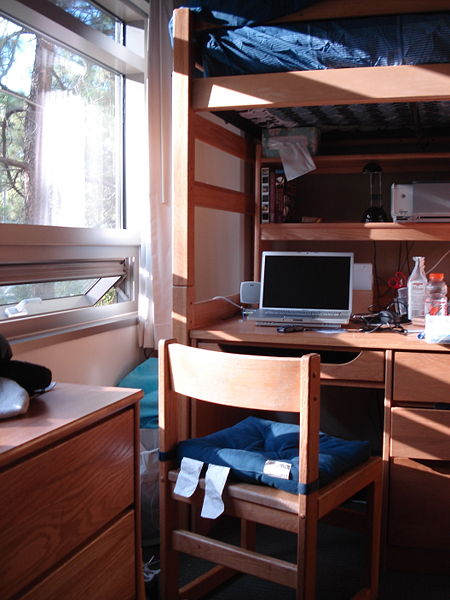 Well, to put minds at ease, I found housing here on campus in Atlanta, but I don’t have an internet signal in my room–and for a blogger that’s a death knell.  So, I’ve been camped out in an empty classroom since 10Am this morning doing my epic blogs that I promised to have by today.  I really would have stayed up all night last night to my August 28th blog which is about to be trumped by my August 29th blog, and I really want you to read them all.

The August 28th post is all about Democratic Nominee Senator Barack Obama and his rousing speech that he gave last night.  But, it’s a little different than what I’ve normally posted seeing as how it’s pretty picture heavy.  The August 29th post is all about my opinions on Hurricane Katrina.  I’d really appreciate feedback on that one since I know it’s a very serious and near and dear topic to me.  And it screams “what the buck?” as Tropical Storm Gustav nears that good ol’ 90th parallel and begins that northerly turn that New Orleanians know about all to well.

These are some EPIC posts, so grab a pillow to sit in if you prepare to read them all so you can be comfortable.

Now I STILL aint figured out what to make of Governor Sarah Palin, she’s such a no-name as I was sitting in classroom isolation doing these marathon blogs, I couldn’t store her name.

First off all, she’s going to get demolished in the vice-presidential debates.  If she wins, it’s not going to be because she’s just that good, it’s going to only be because Joseph Biden stumbled.  I mean, I’d LOVE to hear what she really knows about foreign policies.  I’d LOVE to hear her take on the Russo-Georgian conflict and what is the US’ stance on Latin American foreign relations and about our relationship with China.

Secondly, this has got to be a last ditch effort to garner the HRC supporters back to the Republican side.  I say “back to” because if they threatened to vote Republican (read: never vote for a black man) then they were only kidding themselves that they were true Democrats in the first place.  And I’ll say he picked a helluva woman as a running mate.  The fact that she has a child who’s “a soldier” she I guess “knows what it takes to lead our nation…”

I boiled some water the other day, I guess I know what it means to make tea.

Come on guys–this is an attempt to just get votes.  I mean, this lady is ONE heartbeat away from being a Republican nominaee and God-forbid McCain elected, away from being the president.  She has ZERO foreign policy experience.  NONE!  If McCain even forms his mouth to mention that Barack Obama is inexperienced, I will personally see to it that I kick his ass.

But he did pick someone with a more or less clean record.  She’s a hockey mom–the equivalent of a soccer mom in the lower 48.  But still, she was the mayor of a town called Wasilla if I’m not mistaken is somewhere either in Southeast Alaska or somewhere in the Kenai Peninsula region–don’t quote me, but I’m too lazy to research right now–population 9,000 and from reports she somewhat muscled her way into the governorship.  Republicans would just say she’s a maverick.

But between being a hockey mom, having a kid who’s a “soldier” and another with Down’s Syndrome, married to a guy who’s half Yup’ik Eskimo, still living in Wasilla, supposedly exposing corruption when she was named head of Alaska Oil and Gas Conservation Commission and taking some folk down, she seems pretty cool.

I mean, they are more people on the South Side of Chicago than there are in the whole state of Alaska.  She grew up in Wasilla, after being born in Idaho, served on city council–real talk, what’s her world view?  I’d be interested to see her go up with Rick Warren and see what her responses would have been.  She’d be lying through her teeth if she knew what it was like to grow up poor in the inner cities, hell, even poor in rural America, black and white and Asian and Latino.

I just O’Bama and Biden know how to handle this.

What’s your take on this new veep that clearly is even more unknown than Obama has been at least since his 2004 keynote address on the floor of the convention in Boston?  Are you just like me and waiting to hear the first time McCain cries “inexperience” or one of the bastards over at FoxNews keeps on hollering about Obama’s “inexperience” so you can just go off!?!?!

Check out my new posts

2 thoughts on “Another Uppity Update”