Skip to content
Posted on August 26, 2008 by the uppity negro 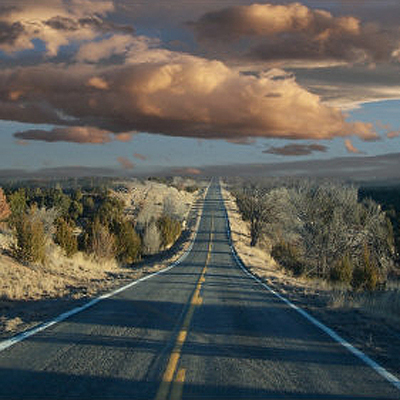 There’s another shift about to come in my life.

I guess I’m headed back to school in Atlanta.  I won’t take this time to vent all of my frustrations, but trust me they’re running quite high.  Just to give you a picture, I don’t have housing.  Yeah.  When I pull into Atlanta, I really don’t know where I’m going to sleep that night.  I have a couch secured at a friend’s house, but seriously, how permanent is a couch.

This is about to be a big week for me, and it’s normally an emotional week, if for no other reason than it’s the end of August.

I’m sure most of y’all don’t even have a clue as to what I’m hinting at, but for long time readers and the random NOLA person that might be reading this, they know all too well what they were feeling on this Monday equivalent three years ago.

So, I’m going to be gone away from here at least until Friday, August 29th of this week, maybe longer.  I’m planning to write this epic blog entitled simply “August 28th” to finally do the blog I’ve been promising myself and to some others in the blogosphere about my whole New Orleans and Hurricane Katrina experience, more or less include the book review of Michael Eric Dyson’s Come Hell or High Water: Hurricane Katrina and the Color of Disaster and I can finally get out my point that I personally still think current New Orleans Mayor C. Ray Nagin was a hero (as far as Katrina was concerned, but there are some other “beige Negro” issues that I think Nagin had failed to connect with some of the black electorate in NOLA).

This will also give me the chance, although at this rate I’m going to be late in publishing, to speak about Sen. Barack Obama hopefully accepting the nomination wresting it away (finally!) from the remnants of the fallen Clinton family, and the 45th anniversary of Martin Luther King’s “I Have a Dream” speech and of course my take on it.  Even though school starts that day, hopefully I will be able to take time to watch it.

But, with that update….

I’m leaving this post for and open thread which means whatever comments you all choose the leave, just go with the flow and who knows what topics may come up.  But, it only takes a few brave souls to start a topic and go with it.  I mean, just talk about whatever is on your mind and then if one or two piggyback, the more people will feel comfortable to go forth.

How it works is that if you’re a regular poster, or at least have used the same email more than once, I don’t have to moderate the comments.  But if you’re a first time commenter, I’ll have to check my phone often so I can come back and moderate them.  But don’t let that deter you–I’ll be checking my phone regularly so that everyone can see what you have to say.

And as for Ro, an uppity reader, I just have some lazy guest bloggers, lol.

4 thoughts on “An Uppity Update”