Okay, now everyone is aware of the “wink” seen ’round the world.  If not then I’m suggesting you may be living under a rock if you haven’t heard about the picture above.  But, if that wasn’t enough, there’s another picture that surfaced from the Spanish women’s basketball team and the Spanish tennis team. 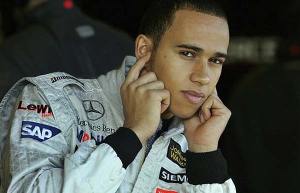 And let’s not forget that this is from the same country that did black Briton Lewis Hamilton totally dirty when he fell out and ultimately beat a fellow Spanish Formula One racing teammate.  The Spanish at a race in Spain pulled out their black make-up [I wonder if they keep it handy under their beds or in their closets] and put on Afro wigs.

But, I was really going to leave this story alone, enough bloggers have covered it and enough media has covered it.  But on this Saturday morning, as I’m sitting watching the Redeem Team DOMINATE go head to head with Spain in the basketball (I mean it’s 72 to 48 right now going in the third quarter!!!!!!!)  But I heard one of the announcers, Craig Sager, say that the Spanish have already apologized but that “the Chinese don’t take such things so sensitively as we do back in the United States.”  Or something to that effect.

Well, a few questions bubbled in my head.  Why aren’t the Chinese at all bothered by this?  The Chinese national team clearly watched the first half of the USA-Spain game, so they really weren’t all that bothered by the picture.  But why not?  I’m bothered for them, and then it dawned on me.

The Chinese are a far more monolithic people than black people are. This isn’t a bad thing, but more a fact.  Think about how the Chinese were passing out brochures on the streets telling people how to interact with the influx of international visitors in Beijing.  They were clearly more focused than even US cities about the appearance of their country and their people that they went so far as to hand out brochures and start an ad campaign on how to act.  I mean, here in the US we’re a lot more subtle with our conformity issues.  Or at least they’re aren’t state sponsored and as blatant.

I also think that the need to do brochures and what not let’s the rest of us know that on a whole, they’re used to seeing mostly fellow Chinese everyday, not a bunch of random people.  For those of us that live in the city and frequent downtown areas, it’s just normal to see random looking nationalities walking up and down the street.  Even blacks that live in the major cities, many of us went to high schools with thoroughly mixed populations, and that alone diversifies us, even if at the lunch table we sat with just the black folk. 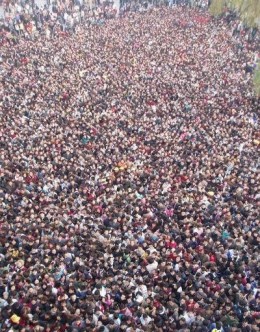 But, secondly, the Chinese are the ish! I mean, they’re 1,000,000,000 strong, that’s 20% of the worlds population.  Sorry, compared to African Americans with our barely 40,000,000 or only approximately .6% of the world’s population, I think we would be hollering a bit more than the Chinese.  I mean they know that they got it going on.  But what exists is a sense of cultural pride that does go across the board, and is a part of most Chinese (and if it’s not, they’re doing a helluva job of portraying themselves as all on board with these Olympics).

I mean, perhaps–perhaps,  as Blacks we could take a page from Jay-Z and just “get that dirt off our shoulders” and just know that we’re the ish and keep on steppin’?  Don’t get me wrong, I’m not saying we need to be passive or dismissive of, let’s say the blatant social ills of society, I think Lewis Hamilton was well within his rights to be outraged.  Even Tiger Woods when he first won the Masters and Fuzzy Zoeller made his “and collard greens” comment back in 1997.

But, maybe we should take a page from the 1936 Olympics from Jesse Owens and his fellow teammate Cornelius Johnson, who continued to compete in the face of a leader who had went through great lengths to prove that the white Aryan race was superior to all.  Granted the pop culture of the snub is perhaps in serious question, nonetheless, Owens made up in his mind that he was the ish and it didn’t matter what Hitler or what anyone else back in the U.S. said about him being inferior.

The issue of blacks being sensitive to racial issues is somewhat gaining prevalence, so do you think that blacks would benefit if we just secretly relished in our own glory and not worry about what others think or how they may mock us and just brush it off?

One thought on “Should Blacks Take a Lesson From the Chinese?”