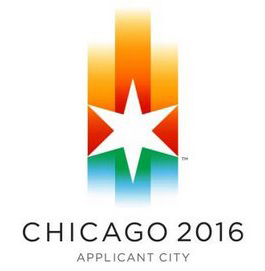 I guess with the Today Show doing a piece on Chicago’s Olympic bid for the 2016 Summer Games earlier this week, it solidified that the rest of the country was aware of the city’s bid.  And I guess it was the beginning of the country’s rallying cry to the International Olympic Committee for the Games to be held on U.S. soil.

Who gives a flying crap?

Honestly, most black South Siders aren’t in favor of the Games.  Let me tell you why.

Primarily, this will be the “final solution” to regentrification on my side of town.  Just in May when I went home and got my car towed and was traveling west on 35th street coming from Cottage Grove and I actually saw random white people walking up down the street as if they lived there and I—ohhhhhhh, that’s right, they DO live there.  Not to mention that they long since had torn down the high rise public housing that had been abandoned as long as I could remember visible from about 41st and Lake Shore Drive on Lake Park Ave.  And to actually see the Ida B. Wells Homes torn down was somewhat of a landmark gone to me.

And I was partial to it simply because my mother used to live at 667 E. 37th Place from the third grade through high school.  Not saying that she ever wanted to live there again, but the fact that the Ida B. Wells homes were row houses partially built by black laborers in 1941 and housed many of the World War II veterans and their families when the war was over and much like the Altgeld Garden Homes of the very, very Far South Side on 137th, these homes were solid and sturdily built.  Placing them next door to each other and providing yard space meant that they were refurbishable.  They did so with Altgeld Gardens on 137th and with Lowden Homes on 95th street.  I actually watched them vacate all of Lowden Homes (which was built in front of the working class subdivision of Princeton Park) and place sod and air conditioning units in all of the houses and redo the basketball court.  Not saying that I’d jump at the opportunity to live in public housing, but seeing where it used to be, people should be more than thankful for such a roof over their head.

And that’s the way it should be.  As I continue on my tangent, black folk handled public housing in a weird way psychologically.  If something went wrong with their house, such as plumbing we’d immediately make everyone aware that we don’t own it and how “they” making reference to the city, needs to come fix they ish.  But when it would come down to gangs and misplaced displays of hypermasculinity, people would be ready to fight and start shooting over what housing project they came from.  We laid claim to property we never owned!  Hell, didn’t even pay rent on it!

Said all that to say that now instead of rundown and unkempt housing projects that still boasted the swing set that my mother played on back in the late 50s, there are now homes priced in the mid-200s to the mid 300s being built on those old plots—ready made for subdivision living.

It was more than a shock to see a Starbucks Coffee house next door to a Jimmy Johns placed smack dab on the corner of 35th and State Street where Robert Taylor highrises would loom to the south and Stateway would tower to the north split in two with Illinois Institute of Technology (IIT) with its minimalist architecture of Mies van der Rohe almost fitting into the staid design of the projects.  Further north on State Chicagoans could be treated to Dearborn Homes, short mid rises, and Harrold Ickes Homes on the south side of Cermak and Hilliard Homes on the north side of 22nd Street, finally ending the near three mile stretch of continuous housing projects.

In some respects I’m glad they tore ‘em down.  I never saw the reason why some of these complexes still had buildings in tact when on the roll occupancy had long since fallen below the 40% mark, meaning that whole buildings were completely empty—but open to squatters and God knows what other dregs of society set up camp.  I was told by some friends who lived off of King Drive and 35th—not in Ida B. Wells, but that during the 90s that the four or so block jaunt between King Drive and State street provided the perfect Pythagorean trajectory from the rooftops and top floors of Robert Taylor to pick off people with assault and assassin weapons down below in Ida B. Wells.

So, of course none of the Olympiads will have to contend with this at all.

It’s somewhat a sad note that this near South Side of Bronzeville, which boasts a bronze statue of a man somewhere about 29th and King Drive carrying a suitcase bound for the Promised Land of Chicago has turned into Buppyville.  From approximately 1910, beginning with the census that year until the 1950s, Chicago’s black population boomed and the first destination for many blacks was this small corridor between State Street and Cottage Grove from about 55th to about 22nd give or take a few blocks to the north, east and south—but not the west: that was Bridgeport and even as late at the 1990s racial tensions flared with the severe beating of Lenard Clark.

This was the 2nd Ward at the time, now 1st ward of the city and since the 1915 elections, had boasted a black alderman, the first being Oscar De Priest.  HAHAHAHA!!! How times change!  They elected a white alderperson for the first time in the last city wide election in 2007.

As our metropolitan cities beginning to move back toward the white side of the color spectrum, we face an interesting urban crisis.  If I can do a bit more of a history, permit me:

During the 70s and the 80s, at least in the north, major cities began to see more and more black city council members and most major cities through the 70s and 80s and early 90s had elected their first black mayor: Chicago, Gary, Ind., Cleveland, Detroit, Philadelphia, New York City and Washington, D.C. (although I still wonder if the claim can be made that D.C. is still a southern city on the basis that it’s south of the Mason-Dixon line and that it was once very legal to trade slaves within the District).  But particularly for the cities in the Rust Belt from Chicago east to perhaps Pittsburgh and north to cities like Buffalo and the Roc (Rochester) and all the industrial cities inbetween,  most of them were facing industrial collapse headed into the 80s and most certainly during the 80s.

Perhaps, one could chalk this up to Reagonomics I’m sure, but many of these northern cities were seeing new urban phenomena of street gangs and yes, crack/cocaine was hitting the streets during this time.  Isn’t it ironic that many of these cities had substantial black leadership at the time in which to blame the crisis on?  So what did the white folk do—ducked their heads from the flying bullets and headed for the suburbs with a quickness.

I mean, by the early 90s living in the city was not what was up.  I remember reading murder statistics for Chicago in the early 90s and one year Chicago had well over 700 murders—WTF?!?!?  It’s a wonder I wasn’t shot on the bus headed to school.  I personally remember trying not to match red and black or blue and black colors together for fear of being approached by gang members or being mistaken for someone else.

Harrold Washington, who many believe was killed on purpose and the coroner just reported heart attack, was instrumental in keeping Chicago together through the 1980s when other northern industrialized cities were in financial and strategic panic mode trying to keep everything together.  Fact of the matter is that Mayor Daley is running off of the juices and long term plans of Washington.  Much of the city beautification that has taken place and public school plans were the result of Washington holding it together.  Although, I’m not convinced that Washington would have handled the public housing in quite the same manner.

It’s more than evident that Daley’s had been planning for the Olympics long before most of us were aware.  Now the flower pots in the middle of the major streets, Millennium Park, the old Meigs Field scandal and the whole CTA debacle begin to make sense.    As far as the human toll, what happens is that these same people who once occupied the projects unfortunately get Section 8 vouchers and still fail to understand the value of taking care of their own property.  Some will come into mixed income housing, which sounds like an idea that should work, but many of the former housing project residents just don’t get it!

Or even worse, they and other miscreants head out to the suburbs.  They continue doing the same type of stuff that they did in the city, but out in suburbs with police forces of maybe TEN cops who are more than ill prepared to deal with the sudden influx of violence and drug sales.  Unlike other municipalities I’ve observed where often times the county is the predominant law enforcement for the smaller suburbs, or even in places like Jacksonville, Fla. or Nashville, Tenn. where the county has been consolidate into the city (or vice versa) and the Metropolitan police, or the Jacksonville Sheriff’s Office is the singular law enforcement for the whole county, Cook County’s collar cities all have, for the most part individual police departments.

I said all that to say that the Summer Olympics, if held in Chicago, seems to mostly affect negatively people of color.  Sure it may provide jobs for some local teens and others when it comes to concession stands and what not, but the Olympic Stadium is slated to be built approximately ¾ of a mile from where I live, or about 7 or 8 blocks in Washington Park, the western border for the Hyde Park neighborhood and I wonder just how many no-bid contracts Daley would end up letting slide to his cronies (I mean this guy already has the truck scandal underneath him and now the parking meter scandal and we keep friggin’ electing him!!!).   I doubt many black or Latino contractors would get the jobs building this massive 100,000+ seat stadium.

Also, west of Cottage Grove, on 51st on the north, 59th on the south and King Drive on the west, most of the building owners are black, and I just wonder when property values skyrocket because they’d be literally across the street from the Olympics and then property taxes rise, just how are they going to be able to pay them and would not white real estate investors be laying in the wait to scoop what’s left after the dust settles.

In all honesty, I’m really hoping Chicago doesn’t get the bid at all.

How would you feel if your city were to get the Olympics in their backyard?  Do you think that it would be a positive or a negative?  Do you think the foreigners would treat the South Siders with respect, or even vice versa?  Have you noticed a whitening of a urban landscape or is that just a figment of my imagination?  Annnnnnd again, who actually read all of this? 🙂

One thought on “UNN.com Throwback Week — Why I’m Against The 2016 Summer Olympics in Chicago?”